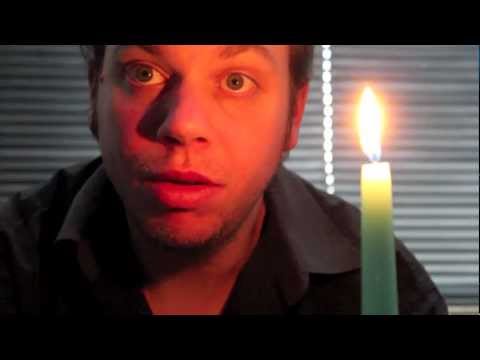 Erich Sellheim has permitted me to prepare & pass on digital editions of his versions, in German , of Elvis's albums.

It's an ongoing project but these are the ones done so far.

My Aim Is True

Erich's youtube channel has a lot of the songs

I complimented Erich on his performances, how my lack of German meant I concentrated on & appreciated all the more the melodies. I also commented on my curiosity at how he managed to fit into German versions all those consonants that are in the lyrics of Elvis's tunes etc.

Yes, I feel the same way about Elvis' songs; I've known them for decades, but re-recording the brilliant backing tracks makes me realise how many rhythmic and melodic details there are which I'd never really paid attention to.

Regarding my translations, I've tried to remain as literal as possible; but as you've guessed yourself, some compromises had to be made in order to keep the rhymes and the syllabic structure intact. As far as I could make them out, I even tried to use German puns where Elvis' original lyrics had English ones (though there would probably be precious few people in the world who'd appreciate this effort, as English-speaking listeners generally don't understand German, and German listeners generally don't speak enough English to understand Costello's wordplay). The biggest problem is: The English language has more one-syllable words than the German one, and thus you normally need less syllables to say something, so in translation it's often difficult to get the message across in the same space. "This Year's Girl", for example, would be translated into something like "Das Mädchen dieses Jahres" or "Das Mädchen des Jahres" - 3 syllables to 6 or 7. So I tried to find something shorter which would still catch some of the original's spirit: "Das Gesicht" ("The Face").

Currently I'm working on the next three albums simultaneously, but none of them are finished yet (I'm getting help by some friends for Almost Blue's steel guitar and Punch The Clock's brass section, and this kind of slows things down a bit).

This is great! I like the german lyrics as well! Fantastic stuff!
Top

I' ve been wanting this for quite a while:

Give my highest regards to what Erich has accomplished! This is excellent!

With German being my mother language, I first thought "What a crazy idea!!!", trying to TRANSFER EC's masses of syllables, wordplays and meanings into another language... and doing it by chosing a language which is known for being very precise and an even heavier use of syllables, consonants and possibilities to construct sentences possibly as long as one complete EC album alone...

And Erich did it in an excellent way, maintaining the richness and variety of EC's lyrics as well as the strength and beauty of his melodies.

Absolutely wonderful, brings a smile to my face hearing these tracks and not understanding a word of them.

That said, does anyone find the extreme close-ups of his face on the youtube videos slightly unsettling?
Top

Update on downloads , as of August 11th -

Erich is delighted with the above news & adds -

In the next few weeks, I'll finish my Imperial Bedroom recordings; I'll send them your way as soon as they're done.
Top

The latest of Erich Sellheim 's recordings in German of Elvis's albums has reached me. Imperial Bedroom - He hasn't skipped Almost Blue, he's waiting on some overdubs from a friend who plays pedal steel guitar.

Hurrah! The latest of Erich Sellheim 's recordings of Elvis's albums in German has arrived!

Links to downloads etc. , as permitted by Erich -

Here's the latest tally for downloads of the earlier albums -

Wunderbar! The latest of Erich Sellheim 's recordings in German of Elvis's albums , in today's post. As permitted with earlier efforts, links to downloads will follow in due course.

Files for downloading will appear in due course.

Files for all the earlier albums -

Erich has sent me texts of the German lyrics for MAIT & TYM. PM me a email address if you would like get them as attachments.
Top

OK - someone put me out of my misery - what is he singing on Blue Chair?

It's not the obvious straight translation of Blau Stuhl - sounds like
Wegen Stuhl (Because of Chair?)
Weigen Stuhl (Refuse Chair?)
Wiegen Stuhl (Weigh the chair?)

EDIT:
I figured it out - he's singing "in traurig en stuhl" - in the sad chair
so he's stripped the metaphor of the chair being blue because he's sad. The german language is funny sometimes
Top

Erich has recently posted these seven fine cover versions of songs from The Juliet Letters to YouTube:

- Glaubst du, dass ich so leicht schwach werd? - (I Almost Had A Weakness)

Each page helpfully has the German translation of the lyrics for those of us whose German is a little rusty...

Possibly more from The Juliet Letters to come. There are many more covers of EC songs on Erich's YouTube channel, so check it out y'all!