This is for all non-EC or peripheral-EC topics. We all know how much we love talking about 'The Man' but sometimes we have other interests.
Post Reply
2209 posts

Start with "Black Market" (DownBeat Jazz Album of Year in something like 74 I think).
If you like "Black", "Heavy Weather" is the next logical progression, and probably their biggest commercial success. Very accesible. It was DownBeat Mag's Jazz album of the year the year after "Black Market".
I like Mr. Gone, but it was panned as a weak follow-up to Heavy Weather. I think "In Pursuit of the Woman in the Feathered Hat" is one of the greatest Weather Report songs ever.
If you like, move backwards (much as I suggest for Elvis fans, start at IB, or at Get Happy and move backwards to MAIT before picking back up at IB forward) in the WR catalogue until you get to the first release. Then back to Heavy and forward...
"The smarter mysteries are hidden in the light" - Jean Giono (1895-1970)
Top

The most recent CD I got through the letterbox was "Bash" by Billy Bremner. It's OK on first listen. It's got Billy's cover of the EC tune "Shatterproof". Does anyone know if this was written specifically for Billy?
If there were a king of fools than I would wear that crown/And you can all die laughing/Because I'll wear it proudly.
Top

Who Shot Sam? wrote:Bitches Brew is a fine album IMO, though a bit of a marathon.

I wholeheartedly agree about the marathon part. Especially if you're like me and rented the 4-disc expanded set from the library.

Recently I was able to continue with my attempt to own every Sonic Youth album and found the too-hard to find Murray Street for $5 at a used shop. Now I only need A Thousand Leaves, NY Ghosts & Flowers and the SYR albums which I am more than a little weary about actually buying.

I also purchased a copy of The Cure's "Kiss Me Kiss Me Kiss Me" for $8 only to find the next day that the album had just been re-issued with a bonus disc. So I'm a little unsure of what to do there.
Top

Got a Tribute to Jack Johnson out of the library, so here goes...
There's more to life than books, you know, but not much more
Top

why not the real Jack, jack?

Otis Westinghouse wrote:Got a Tribute to Jack Johnson out of the library, so here goes...

Exactly - actually I'm enjoying it so far. I'm kinda ignorant of John McLaughlin in general, but I'm enjoying his guitar here. Sounds like the Gang of Four! Open trumpet (on Right Off, at least) - not typical of Miles, though it's now segued into the second section, with the more distinctive Miles mute.
There's more to life than books, you know, but not much more
Top

It is the REAL Jack!

There's more to life than books, you know, but not much more
Top

The two tracks on it show, rather impressively, in iTunes as Spor Uten Navn 1 and 2. This appears to be Norwegian, but heaven knows what it means!
There's more to life than books, you know, but not much more
Top

I hope that you like it. Like almost everything Miles, it starts out real good, get's a little better...then get's a lot better with age. Incredible how I can turn out the lights and focus on Kind of Blue, In a Silent Way, Tribute, and many others and they just get better, hearing something new almost each time.

Jon McLaughlin is brilliant, but has gone through periods (Shakti) that I suppose are wonderful but not my favorites. Work with DiMeola and Paco De Lucia, Mahavishnu Orchestra early. On almost every solo McLaughlin album (and on some Mahavishnu) there is at least one direct homage to Miles. I think he is clearly one of the most influential shapers of JM's sound, as he is of so many others that became seminal to the music of this generation.
Miles is the totipotential stem cell.

ESP is definitely worth it, but much more traditional than Tribute. Again, if you like Tutu, more progressive electronic jazz rock, you'll like Amandla. Both are significantly better that "Your Under Arrest" but that record ahd one or two flashes...

And, If you like "In a SIlent Way" run, don't walk to get "Pangea". This was the highly coveted and quite rare Japanese live recording import that was released a few years ago for broader distribution. I think it is a thrilling expose' of what Miles could do with the quiet periods in between the notes, and exercise incredible restraint in front of a live audience to serve the music and not the expectation of the crowd ("Freebird!" , "Pump It Up!"). Course, it was Japan many years ago where the audiences were intensly polite and respectful of the artists and actually listened to the performance. (I think circa early 70"s?)
"The smarter mysteries are hidden in the light" - Jean Giono (1895-1970)
Top

I just bought Wareen Zevon's Life'll Kill Ya for a buck at a moving sale. Is that a good one?

A second dollar got me a great seventies tan leather purse, but I guess that's one for another thread.
Top

Yeah, its fuckin great, and no offense to the purse, but a far better buy.
echos myron like a siren
with endurance like the liberty bell
and he tells you of the dreamers
but he's cracked up like the road
and he'd like to lift us up, but we're a very heavy load
Top

miss buenos aires wrote:I just bought Wareen Zevon's Life'll Kill Ya for a buck at a moving sale. Is that a good one?

A second dollar got me a great seventies tan leather purse, but I guess that's one for another thread.

For whatever it's worth, I think that Life'll Kill Ya is one of the twenty best records released in my short ass lifetime.
Top

...that he knows, which out of all the records released in his lifetime probably isn't very many. But you can't go wrong with Zevon.
Top

I'm not up on him, but have a tape of that somewhere and love it.

"Green Gartside is one of the most fascinating characters in pop. Over the past 25 years, the Welsh-born singer has guided Scritti Politti through myriad changes, from their Marxist art-punk origins to their run as one of the prime purveyors of stoned-soul dance-pop. Heck, even Miles Davis was intrigued enough to request a chance to collaborate with Gartside. Well, after one of his typically lengthy between-album breaks -- five years this time around -- Gartside has opted to fly totally solo in a thoroughly successful effort to maximize the intimacy of his songs. White Bread, Black Beer is rife with songs that whisper, rather than shout, their way into the consciousness. Sometimes lilting (the folk-jazz traipse "Road to No Regret") and sometimes sensually nudging (the JoÃ£o Gilberto-flavored "The Boom Boom Bap"), these pieces exude a sneakily intoxicating ambiance. As ever, Gartside manages to air his sociopolitical grievances -- as on the lush, enveloping "Petrococadollar" -- with both clarity and subtlety, hitting the mark before listeners know what's hit them. Similarly, his love of dissecting, as well as crafting, classic pop structures rears up on "Window Wide Open," a swirling, quizzical look at the plight of the modern-day diva that'd be perfect for Kylie Minogue to tackle. While sometimes so light that it threatens to float away, White Bread, Black Beer is unfailingly refreshing -- a perfect pick-me-up for any blue day."

Totally recommended.
There's more to life than books, you know, but not much more
Top

Otis Westinghouse wrote:The two tracks on it show, rather impressively, in iTunes as Spor Uten Navn 1 and 2. This appears to be Norwegian, but heaven knows what it means!

Track Without A Name 1 & 2
What this world needs is more silly men.
Top

Aha! Well I reset it to 'Right Off' and 'Yesternow', and all is well. I'm enjoying Tribute well enough, but it feels to me like a lesser Miles work. Not up there with the other greats. But haven't played it enough yet. Great band.
There's more to life than books, you know, but not much more
Top 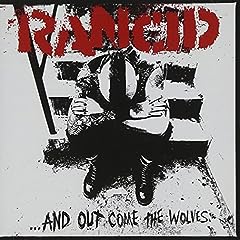 It's becoming an obsession. Should I get the haircut and the tattoo?
Like me, the "g" is silent.
Top

Yes, as soon as humanly possible!

Mention of John McLaughlin + Paco De Lucia prompted me to sample this one from the ample selection of CDs in my town library (where, bizarrely, Jack Johnson, as in Mood not as in Miles, is under jazz, and Diana Krall is under pop and rock!):

Cover is icky, and I've always found the name Al Di Meola offputting. But I'm sure I'll enjoy it. The three of them at it:

ADM comes in for lots of stick what with his metal stringed Ovation and all. Paco is an awesome dude. Click the Entre Dos Aguas link on that page to see him 30 years ago, classic 70s jacket and all. Here that guitar sing!

So was this a good choice of CD, Mr A? Is there another JM + PDL I should check out over and above this?
There's more to life than books, you know, but not much more
Top

Good choice, if I may jump in, if you're into acoustic guitar wank. (I am sometimes)

Shakti with John McLaughlin is my fave of his but I can see why it's not to everyone's taste.
What this world needs is more silly men.
Top

Wank is not my thing, and PDL is far too, um, pure an artist to be a wanker, so you've got me worried now. It can be virtuoso playing without wank, can't it?
There's more to life than books, you know, but not much more
Top

It's classy wank. Not a bad thing in my book. Don't worry.
What this world needs is more silly men.
Top


Anyone accessing this last page of the thread with knowing what came before will be thinking 'WTF? I thought this was about new CDs!'

SLL finally gets there with Hawley. Two great songs: title track, and the one that goes 'you're still in my heart... like the rain'. Rest is good, but for me a little too like pastiche to be really impressive, as totally evidenced by the 'period piece' feel of the live performance at the Mercury. All very nicely done, but all a little too familiar. Guillemots is a bit of a grower. A semi-impressive debut, bit over the top. Needless to say White Bread Black Beer is the one piece of true genius on the Mercury shortlist...
There's more to life than books, you know, but not much more
Top

True - a classy wank is NEVER a bad thing.
echos myron like a siren

and he tells you of the dreamers

and he'd like to lift us up, but we're a very heavy load
Top
Post Reply
2209 posts

Users browsing this forum: No registered users and 119 guests