This is for all non-EC or peripheral-EC topics. We all know how much we love talking about 'The Man' but sometimes we have other interests.
Post Reply
4055 posts The Cardigans' First Band on the Moon. Hadn't listened to it in years, literally, and forgot how good it is. I love how all the lyrics are so bitter and disappointed, yet sung in this adorable sugary-sweet voice...
Top

Elbow, Elbow and more Elbow.
There's more to life than books, you know, but not much more
Top The first Bowie album I got, and still one of my favourite ones out of the the ones I own. Parts of it remind me very much of early Alice Cooper. Speaking of Bowie, he co-wrote 6 songs with The Igster on:

invisible Pole wrote:Boo, would it cost you anything to let it go and say something like "You know what, given the context I said it I admit I might have been misunderstood." ?


It's not an issue for me beyond having spelled it out. It certainly doesn't justify folks telling me what I had or hadn't meant especially after I did. Let's move on.
Top

I loved the DD reissue, really made me appreciate that LP all over again. I love David Live too. It's that transition where things began to get out of control 'in his snowstorm' and yet he was taking his music somewhere totally different. Excellent article on The Man Who Fall To Earth in this month's Uncut that reflects the weird places he got into after that.

Did he really co-write so much of Blah, Blah, Blah? I'm very un-up on my Iggy. He was in such musical doldrums in '86 that I'd be interested to hear those.
There's more to life than books, you know, but not much more
Top

Otis Westinghouse wrote:Excellent article on The Man Who Fall To Earth in this month's Uncut that reflects the weird places he got into after that.

I'll have to keep an eye out for that. Looked for the latest Uncut when I was at Borders doing some Xmas shopping yesterday, but the latest one they had was the issue with Bruce on the cover, and I already have that one.
Mother, Moose-Hunter, Maverick
Top

Contains CD of the year feature, with Arcade Fire coming out top (remember it's a 2005 issue over here), and Orange Juice as the reissue of the year, with Edwyn's first post-haemhorrage interview, in which he says little (he has some sort of dysphasia that makes speaking hard) but still has his wit intact, and his wife grace does more of the talking. Haven't played the CD yet, due to non-stop Elbow exploration, but it has some interesting stuff I'm keen to hear more of. Devendra Banhart, Bright Eyes, Sufjan (The Man of Metropolis), Anthony and Johnsons, Black Mountain, My Morning Jacket. No Elbow, which is fine by me, but an outrageous oversight! It's 23 in their list. Uncut is more or less for the old Q audience in terms of reviewing everything in sight, using stars, but making most of their features about old stuff. So it suits me down to the ground, but The Word is the one to subscribe to for me. I welcome its more selective approach and its shunning of limiting stars, the range of its interviews and the quality of the writing.
There's more to life than books, you know, but not much more
Top

Wow! It's very much like early EC or Nick Lowe. How did I not know how great this was before now?
Top

You should definitely check out Howlin' Wind as well. I actually prefer it just slightly to Squeezing Out Sparks although both are about as five star as it gets. This reminds me that I should pick up Songs of No Consequence before the year is out.
Top 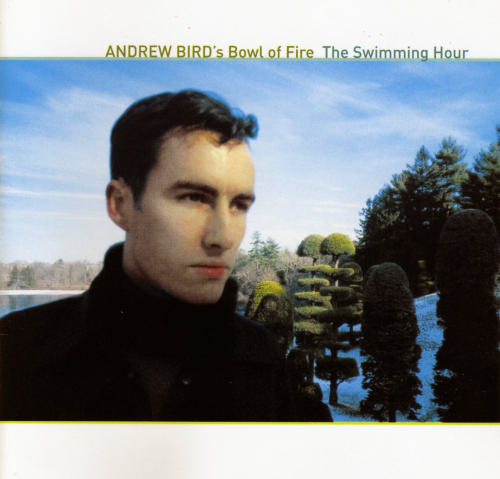 Otis Westinghouse wrote: The Word is the one to subscribe to for me. I welcome its more selective approach and its shunning of limiting stars, the range of its interviews and the quality of the writing.

Well quite. Still, it's a shame it's called 'The' Word now. Totally agree about the stars, makes much more sense to have little summaries and then an actual review rather than willy-waving soundbites.
Top

Dammit, my local chain Newbury Comix has a screw-up with its international mags distributor, and I haven't been able to find WORD since late September. Crap!

I'm listening to Elbow again after reading Otis's description of the show. When will they come to Boston, WHEN????
Top

Damn good album. Really disappointed I've missed all of his visits to New York this year.

A friend of mine dragged me to see The New Pornographers around the time of their first album, and I was pleasantly surprised by the opening act, who happened to be Andrew Bird's Bowl of Fire. Quite frankly, they upstaged the Pornographers.

Most of their set consisted of songs from that album, WSS. We caught them again in a tiny venue a few months later and brought some friends to see just how good they were.

I was a bit disappointed when I learned that Bird's solo gigs these days tend to be just him, and that the jazzy spark of the Bowl of Fire has dissipated (I think he's pretty much said that phase of his musical career is over), but that's definitely a great album to come back to.
This morning you've got time for a hot, home-cooked breakfast! Delicious and piping hot in only 3 microwave minutes.
Top

Otis Westinghouse wrote:Did he really co-write so much of Blah, Blah, Blah? I'm very un-up on my Iggy. He was in such musical doldrums in '86 that I'd be interested to hear those.


It might have been Iggy's reward for China Girl. Bowie was producer (with David Richards, never heard of him), it was recorded in Montreux, and he brought in a couple of his collaborators: guitarist Kevin Armstrong and synth guy Erdal Kizilcay. Of the other 4 songs, 3 are Iggy/Steve Jones (Sex Pistols), with whom he'd done demos with before recording; the other, a rocking cover of Johnny O'Keefe's Real Wild Child, which turned out to be a big hit. There's some quite good stuff on there, some pretty new wavey, best imo when Iggy is in forlorn, deep-voiced mode.
Top

BlueChair wrote:I was a bit disappointed when I learned that Bird's solo gigs these days tend to be just him, and that the jazzy spark of the Bowl of Fire has dissipated (I think he's pretty much said that phase of his musical career is over)

So he just does the looping thing, like on his KCRW set? I thought that was interesting, but I can see how it would be somewhat limiting.
Mother, Moose-Hunter, Maverick
Top

The Louvin Brothers - Satan is Real
The Byrds - Sweetheart of the Rodeo
"There are more things in heaven and earth, Horatio, than are dreamt of in your philosophy."
--William Shakespeare
Top

Bad Ambassador wrote:Still, it's a shame it's called 'The' Word now.


Indeed. It annoyed me that I had to go back and insert 'The' when I typed that. Felt like a homage to the days of Mark Lamarr openly despising Terry Christian and Amanda de Bleeding Cadenet, etc.

Mug: only the European dates for next week are announced on the site. I suspect they'll do some US dates next year, though. they did play NY on Nov 3, but no Boston in a long while. You would love them live. They've been so much in my head ever since, and am fully discovering the first two CDs, which I never played enough when a certain kind soul here (though who no longer seems to post here, sadly) first sent them to me. Asleep In The Back is very strong in places, some of their best songs come from there, but fades a little in the second half. Cast of Thousands is more consistent, but not in the same league as LOTFW. It's interesting that Chris Martin cites them as an influence on X and Y, so he must have been gnashing his teeth to read the glowing reviews Elbow got compared to the 'it's OK but they're on auto-pilot' response to his (apart from Q, who waved their willies to the tune of 5 stars and said 'Coldplay are the new Radiohead' or the like). There's an interview he does with GG somewhere, obviously a bit pally. It seems to me that they are ploughing a similar furrow in some ways, but Elbow have everything that Coldplay lack. Discuss. And Elbow know how to use subtlety and restraint to fantastic effect (think of how only on the last refrain of 'remind you who you are' on The Stops does he hit the high note, making it twice as effective, whereas most others would decide that was the better tune and do it throughout. These are the things that bring me pleasure. But they can do total bombast too - the stunning wall of sound that shook the academy to its Rialto-inspired rafters at the end of Newborn was a great example of that.

Christ, I'm not listening to Dylan right now. Normal service will be resumed. Talking of Dylan, but not something to listen to, anyone got the Scrapbook? Only £18 on Amazon:

Nick Cave & The Bad Seeds - Murder Ballads. It's been a long time since I've played this one and I had completely forgotten how much over the top fun it is.
Top

Don't expect much crossover interest here in Little Feat, but would expect some Lyle Lovett fans. Good songwriting and singing. While his facial features aren't bilaterally symmetrical, his vocal cords certainly are...
"The smarter mysteries are hidden in the light" - Jean Giono (1895-1970)
Top

Wow! It's very much like early EC or Nick Lowe. How did I not know how great this was before now?

I loved that album. Don't Bother With The Local Girls etc. I need to find that on cd. I am sure its OOP but I may have to start searching ebay. Glad you mentioned that one. I had forgotten about it
http://www.myspace.com/markclay
Top

Damn good album. Really disappointed I've missed all of his visits to New York this year.

this guy is one of my myspace friends. I featured him on my front page for a while. He is playing the Black Cat in DC soon. I should go.
http://www.myspace.com/markclay
Top

For some reason I have been listening to TMBG's "They'll Need a Crane" inordinately much of late.
Top This guy is simply brilliant !!
Actually I haven't got the album (yet!) but I downloaded a couple of Jens Lekman's songs on the strength of a review which mentioned him in one sentence with The Modern Lovers, Morrissey, Ron Sexsmith and Belle & Sebastian.
Just listened to the songs and I am stunned like I haven’t been for some time.
Vocally closest to Jonathan Richman and Stephin Merritt from Magnetic Fields, but Belle & Sebastian, Rufus Wainwright and Ron Sexsmith are definitely other strong influences.
“You Are The Light” with its wonderful, uplifting horn section is my Song Of The Year (though released in 2004).
Strongly recommended !!
And remember I was the first to mention this guy here.

Users browsing this forum: No registered users and 49 guests