In anticipation of the new release I have been cutting my 'poetry' teeth on the lines of Eliot and Pound but I strongly suspect that I might be better served if I hauled my John Berryman off of the shelf and spent some quality time with his alter ego 'Henry'. Parsing the divulged lyrics to date is taking me back to him more and more. That and his friend, Robert Lowell, as there is a commonality in that tone of historical fatalism, as found in "Walk Us Uptown", in his Notebooks

Jack of All Parades wrote:In anticipation of the new release I have been cutting my 'poetry' teeth on the lines of Eliot and Pound

From somewhere in my memory, a bit of simple but wonderful Ezra:

[Title something like 'Lines on the London underground']
The apparition of these faces in the crowd
Petals on a wet, black bough

[There may be some inaccuracies.]
There's more to life than books, you know, but not much more
Top

No inaccuracy on your part, Otis- good on yo wit his little two line imagist effort but I want to see Elvis go in the lyrics on this record like this part from "Hugh Selwyn Mauberley":

"II
The age demanded an image
Of its accelerated grimace,
Something for the modern stage,
Not, at any rate, an Attic grace;

Not, not certainly, the obscure reveries
Of the inward gaze;
Better mendacities
Than the classics in paraphrase!

The "age demanded" chiefly a mould in plaster,
Made with no loss of time,
A prose kinema, not, not assuredly, alabaster
Or the "sculpture" of rhyme."

"HERE I am, an old man in a dry month,
Being read to by a boy, waiting for rain.
I was neither at the hot gates
Nor fought in the warm rain
Nor knee deep in the salt marsh, heaving a cutlass,
Bitten by flies, fought.
My house is a decayed house,
And the jew squats on the window sill, the owner,
Spawned in some estaminet of Antwerp,
Blistered in Brussels, patched and peeled in London.
The goat coughs at night in the field overhead;
Rocks, moss, stonecrop, iron, merds.
The woman keeps the kitchen, makes tea,
Sneezes at evening, poking the peevish gutter.

I an old man,
A dull head among windy spaces.

Signs are taken for wonders. “We would see a sign”:
The word within a word, unable to speak a word,
Swaddled with darkness. In the juvescence of the year
Came Christ the tiger"

Which I already hear to an extent in "Walk Us Uptown".

But ideally I would like to see this style in the new lyrics as coming from John Berryman:

"Henry is old, old; for Henry remembers
Mr Deeds' tuba, & the Cameo,
& the race in Ben Hur,—The Lost World, with sound,
& The Man from Blankey's, which he did not dig,
nor did he understand one caption of,
bewildered Henry, while the Big Ones laughed.

Now Henry is unmistakably a Big One.
Fúnnee; he don't féel so.
He just stuck around.
The German & the Russian films into
Italian & Japanese films turned, while many
were prevented from making it.

He wishing he could squirm again where Hoot
is just ahead of rustlers, where William S
forgoes some deep advantage, & moves on,
where Hashknife Hartley having the matter taped
the rats are flying. For the rats
have moved in, mostly, and this is for real."

(But I, like so many others, sure wish Eliot had omitted that line about the "squatting Jew" landlord

One could argue that it's a character speaking; and of course all things happen in their own time, etc; but still).

My own preference is to happily await such new releases, with enthusiasm but a certain agnosticism as to the contents. Too rigid a set of expectations tends to yield needless disappointment - best to meet the music on its own terms, as much as possible. (Actually, this isn't a bad maxim for life in general, although it's one that seems to put me in a distinct minority!).
When man has destroyed what he thinks he owns
I hope no living thing cries over his bones
Top

PD- i have no scales on my eyes when it comes to TS and his antisemitism. Everyone needs to read Christopher Ricks on this subject but I did come across recently an interesting piece on the subject by Craig Raine - it took a different tack.
"....there's a merry song that starts in 'I' and ends in 'You', as many famous pop songs do....'
Top

Of which Terry Eagleton wrote "Why do critics feel a need to defend the authors they write on, like doting parents deaf to all criticism of their obnoxious children? Eliot's well-earned reputation [as a poet] is established beyond all doubt, and making him out to be as unflawed as the Archangel Gabriel does him no favours." I too flinch at that line. I'd more or less forgotten Gerontion. Enjoyed the Berryman, a poet about whom I know next to nothing. Rather fúnnee.
There's more to life than books, you know, but not much more
Top

The deluxe edition now for 11,88 € on Amazon.com: http://www.amazon.com/Wise-Ghost-Elvis- ... ostello%22
Since you put me down, it seems i've been very gloomy. You may laugh but pretty girls look right through me.
Top

Otis Westinghouse wrote:Of which Terry Eagleton wrote "Why do critics feel a need to defend the authors they write on, like doting parents deaf to all criticism of their obnoxious children? Eliot's well-earned reputation [as a poet] is established beyond all doubt, and making him out to be as unflawed as the Archangel Gabriel does him no favours." I too flinch at that line. I'd more or less forgotten Gerontion. Enjoyed the Berryman, a poet about whom I know next to nothing. Rather fúnnee.

Yes- that was in the Guardian I think. He hits it direct with that analogy to doting parents who are unable to see the bad side of their progeny. Berryman is great fun if you should choose to further explore him- the persona he developed of 'Henry' is one of the strongest speaking voices in American Poetry. Try rummaging around in The Dream Songs. By all reports he was a wonderful teacher as well and he schooled a whole genertion of American poets. He was at Columbia as a student two generations before me and I remember instructors telling some funny stories about him. He was also a Kellit Fellow and studied at Cambridge for two years under that fellowship. He wrote a favorite book of Shakespeare criticism that I have enjoyed over the years. Ultimately a sad life and end to it and yet one more of that generation of Amercian poets in the middle of the last century who were brilliant but oh so flawed.
"....there's a merry song that starts in 'I' and ends in 'You', as many famous pop songs do....'
Top

think this is as high as it's been...so far!

Could do with Amazon UK getting their act together. They are selling the standard version at £14.99 and deluxe at £20.99. They don't even show a track list for the deluxe version.
Top

it's official...now waiting for TWO double vinyl ELVIS COSTELLO lps in the mail: BRUTAL YOUTH & WISE UP GHOST just ordered from Amazon. with tax and FREE shipping came in at under $29. better than the just under $50 for BRUTAL. but, no way would i be without either!

Here, in Czech Republic, there are only short news about this new release. But because Elvis is not so well known here, it´s usually taken as mostly The Roots album. One article said that The Roots invited Elvis to be their vocalist on their new album.
"Everything Important I Learned In Life Was From Woody Allen."
Top

Has anyone ordered from here recently?
Top

Yep, ordered the Bowie release there as it was absurdly cheap. But it all felt wrong, what are music shops for if not for buying your loot on the day of release? understandable if you don't have one or one you like to hand, but we have the mighty Fopp, so I will be paying a visit come Sept 16.
There's more to life than books, you know, but not much more
Top

Jack of All Parades wrote:Berryman is great fun if you should choose to further explore him

Was reading about his flawedness and the recurring theme of male American alcoholic writers in this article from what sounds like an interesting book. Great photo of beardy Berryman in a Dublin bar kicks it off:

http://www.theguardian.com/books/2013/j ... ng-extract
There's more to life than books, you know, but not much more
Top

The German edition of Rolling Stone: Okay all you stamp collectors and train spotters...I could find only two previous EC appearances on the cover of RS magazine: 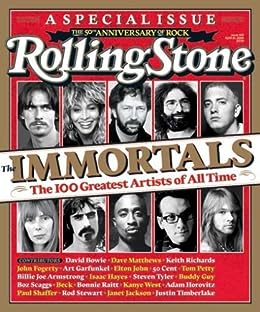 It may be worth listening to see if they play songs which haven't already been linked here. The times should be Eastern.
Top

With respect to Burt Bacharach, Paul McCartney, and the Brodsky Quartet, Elvis Costello’s best collaborations have been with his backing bands, from the Attractions to their more recent incarnation as the Imposters—and now hip-hop workaholics (and Late Night With Jimmy Fallon orchestra) the Roots. Their Wise Up Ghost is a surprisingly successful blend of Costello’s acerbic songwriting with the Roots’ elastic funk. lane brown

How did this collaboration happen? Who first broached the idea?

I suppose Quest did. He said something which wasn’t really a straight­forward: “Hey, let’s do this,” but more just of a suggestion as we were leaving the stage the last time I did Fallon’s show. We didn’t tell any record-company people. I wasn’t actually under contract to anybody, so I had quite a lot of freedom of movement.

Wise Up Ghost is packed with melodic and lyrical allusions to your older material. “Tripwire,” for example, is based on “Satellite” from Spike. Were you sampling yourself?

I suppose people could look at it as such. You can hear the lyrics from “Bedlam” [from 2004’s The Delivery Man] in the verse of “Wake Me Up.” Gathering all of the images at such a fast pace as we deliver them in “Bedlam” is a challenge to a first-time listener. So I embraced the opportunity to tell that story at a different speed. But clearly I have no problem coming up with new lyrics. And I wasn’t doing it for a magic trick. I hope that people will go beyond simply recognizing where the songs came from.

That’s something you’ve always done. Like how “Clean Money” and “Love for Tender,” both from 1980, share a bunch of the same lyrics.

Yeah, that’s it. I found a tape of mine in a drawer recently that was recorded in late 1975, maybe early 1976, that’s never ever been issued or bootlegged. It was about sixteen songs, and when I listened, I vaguely remembered them. I was surprised how many lyrics turned up as late as six years later. There’s no special prize for writing a golden first draft.
Top

And No Coffee Table wrote:I found a tape of mine in a drawer recently that was recorded in late 1975, maybe early 1976, that’s never ever been issued or bootlegged. It was about sixteen songs

"Wise Up Ghost" vinyl edition now available as a pre-order item on Amazon UK.Surprisingly,the price is quite reasonable at £16.63.Sadly,it doesn't come with a free CD.Managed to pre-order the deluxe CD at £9.99 though so not too bad.
Top

And No Coffee Table wrote:http://wuky.org/post/rock-roots-featured-album-week-aug-26-30-elvis-costello-roots-wise-ghost

It may be worth listening to see if they play songs which haven't already been linked here. The times should be Eastern.

i haven't the slightest ethical problem in downloading anything.
io strombazzo!