Hmmmm...."Impatience" has never done anything for me at all -- will give it a fresh listen. But "Burnt Sugar is So Bitter" is masterful! I have a lo-fi audience recording that I've been listening to since '99 -- GREAT song!
Top

Available for preorder:
http://www.amazon.com/Pomp-Pout-Univers ... 309&sr=1-1
Since you put me down, it seems i've been very gloomy. You may laugh but pretty girls look right through me.
Top

You can view a small image of the P&P cover here:

Awful cover. Wonder about the track listing. Looking for a reason to buy this.
Top

Reminds me of this: 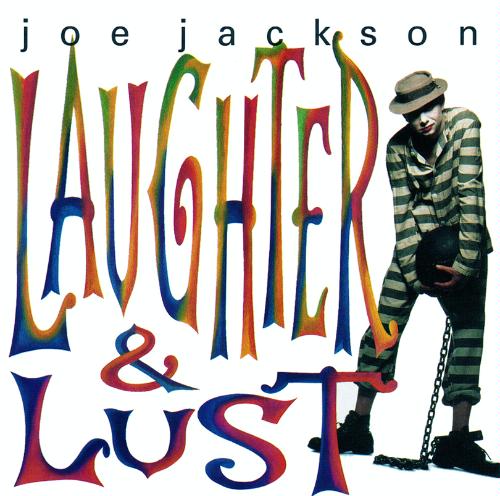 Pomp & Pout - The Universal Years, is the first ever collection of Elvis Costello's material from the years of 1998-2008, and provides a sonic bookend to the successful compilation The Best Of Elvis Costello - The First 10 Years (Hip-O). Pomp & Pout was compiled by Mr. Costello and features b-sides,rarities and work from soundtracks along side other album highlights.
Top

Songs I'm most surprised aren't included: "She" (his only real hit from the period, but it was already on The Very Best of Elvis Costello), "God Give Me Strength" (although it's actually from 1996 and was also on The Very Best of), and "The Scarlet Tide."

Song I never in a million years would have guessed would be included: "The Sweetest Punch."

that is one weird track list. Who is it meant to appeal to?

This will vanish without trace.

Excellent selection! Properly marketed , this could really do the business.
Top

I count three "rare"-ish tracks, and those who support "Impatience" will be happy. But yeah, it's not quite the selection I'd've put together. Think there will be any liner notes? Extreme Honey at least had something.
wardo
http://everybodysdummy.com
Top

Glad 'In Another Room' is on there - always thought it's one of his best later cuts. Impatience - fab! Had to be included! Tart, too, I've always loved - though I'm surprised the amazing Doll Revolution isn't on there. No idea how this will go down - it hasn't been given the subtitle 'Best of', which I think most curious non-fans would respond to... obviously we hardened fans don't need to buy this, so let's see how it goes!
Top

This is just silly -- it will probably sell about 16 copies. What a ludicrous tracklisting ("This House is Empty Now"? Really?)! I'm assuming a monkey and a dartboard were involved....

Okay, pick 18 songs that best represent the Universal years that should have been on the album. Criteria:

1. Must have 2-3 "off-album" tracks
2. No more than 4 songs per any given album
3. Must contain at least one track from each major studio album (which I guess means "For the Stars" and "Il Sogno" don't count.)
4. Songs must be representative of the album they are from. (Not necessarily personal favorites - we don't care.)

Honestly, the list I came up with wasn't too much different from the actual tracklisting for P&P.

If I had to choose my favorite set of tracks from the Universal years, I'd probably just re-release The Delivery Man.

Here's a "Pomp & Pout" to be proud of -- only eight tracks from the released version made my cut:

My Mood Swings
In the Darkest Place
I Still Have that Other Girl
45
Tart
My Little Blue Window
When I was Cruel No.1
Still
You Left Me in the Dark
Impatience
Country Darkness
Either Side of the Same Town
The Scarlet Tide
The Sharpest Thorn
No Hiding Place
Turpentine
Song with Rose
Harry Worth
Top

All good songs, but as I predicted-- an ODD compilation.

I guess it does a reasonable job of picking out some high points-- leaning heaviest on WIWC and TDM and relegating North to its most accessible-sounding tracks (Impatience, yayy!) But while his first "best of" in the 80s felt like it was made up of his most essential "hits", and Extreme Honey felt like a handful of obvious singles like "Veronica" and "The Other Side Of Summer" alongside a few personal favorites, this almost seems like an arbitrary sampler. (I think you could make a comparable track listing simply by picking one of the songs adjacent to the ones picked here, substituting, for example, "Toledo" for "In The Darkest Place" or "Either Side Of The Same Town" for "Bedlam.")

(It is interesting that he chose to open this collection with Bedlam, given his recent cancellation of the concerts in Israel, esp. considering that it's not an obvious candidate for a "best of" let alone the opening track...)

Will I buy this? Damn, I really don't know. There's certainly no earthly REASON why I should buy it, heaven knows. I more than got my money's worth out of buying Extreme Honey back in 96, I was obsessed with "The Bridge I Burned" and listened to it over and over. But here and now, in 2010, do I really need to buy a collection of songs I already have? I feel like the fact that I even ask the question is a sign that there's something wrong with me...
Top

Agree that it's an "odd" group of songs--but of course, each of the records they come from has such a specific stylistic focus--not like the old days when it was all just Rock & Roll. Also agree that "My Mood Swings" might have made a better title. For what it's worth, here's my list. Looks like I also don't have many in common with the actual record. I'm a little stunned "The Sweetest Punch" beat out "Toledo". And no "Harry Worth"? That's a shame.

In the Darkest Place
Toledo
My Mood Swings
WIWC 2
...Dust
15 Petals
Still
Impatience
I'm in the Mood Again
Bedlam
Monkey to Man
In Another Room
The River in Reverse
The Sharpest Thorn
Harry Worth
Go Away
My Three Sons
Flutter & Wow
So I keep this fancy to myself
I keep my lipstick twisted tight
Top

I agree-- "My Mood Swings" would have been the perfect title for this collection! How could Elvis have passed that one up??

Interestingly, your choice of "15 Petals" made me think, "there's no WAY Elvis would've included that song," simply because, like "My Little Blue Window", it's a pre-breakup song that was sort of about Cait. Then it hit me that "My Mood Swings" was co-written with Cait!

Given the fact that, after vaguely writing about the split in the first half of NORTH, Costello has subsequently erased any reference to her in the liner notes to the reissues of KOA and TJL-- the original CD credited her with being the one to direct his attention to the story of the Veronese professor answering letters to Juliet, while the Rhino edition simply states, "So there was this professor in Verona", while the Rhino KOA not only cuts the mention of co-writing "Loveable" with Cait but actually manages to add in a reference Diana Krall in relation to bassist Ray Brown!-- I'm guessing that the inclusion of "My Mood Swings" means that he likes the song enough to overlook the link to his previous relationship.

I HOPE that means that someday he will actually release the Wendy James demos, most of which were co-written with O'Riordan. (My assumption was that any plans to include these during his Rhino reissue series were possibly abandoned due to the breakup, but that's just speculation on my part. I also heard somewhere that he had simply misplaced the master tapes and couldn't find them anywhere...)
Top

Interestingly, your choice of "15 Petals" made me think, "there's no WAY Elvis would've included that song," simply because, like "My Little Blue Window", it's a pre-breakup song that was sort of about Cait.

You're right--I'd even say "15 Petals" might have been something like an anniversary gift for Cait--so I thought the same thing--he would never include it on the record. But it's too bad because it's a great song--the horns are mind-blowing.

"Tart", on the other hand seems (to me) to be more of a falling-out-of-love-song--so maybe it sits better with him. (And I feel those 2 songs fit nicely with the much-maligned "Alibi", which sounds to me like a really cathartic "Fuck you, Cait".)
So I keep this fancy to myself
I keep my lipstick twisted tight
Top

It's a pretty surprising collection. I was certainly that 'Episode Of Blonde', 'The Sharpest Thorn', and 'The Scarlet Tide' would have been on there, for sure. Here's mine, for what it's worth:

*I was hoping to include 'Turpentine' on here instead of 'Stella Hurt', but I wanted to have the EC/Steve Nieve version of 'Such Unlikely Lovers' on there -- not necessarily because I'm a huge fan of the song, but because I wanted something from the Lonely World tour to be represented.

Also, I cheated and put 21 on there instead of 18! Whoops

But it DOES fit onto a CD, albeit just barely, which is why I'd cut the 'Tipitina' ending of 'In Another Room'. I suppose if I had to get rid of three songs, they'd be... um... er... sheesh, I dunno. I'll just remain a rule-breaker.
Top

I don't suppose there's any chance that 'In Another Room' might be a fully-produced studio version rather than the out-take we already have? Great though it is, it has a slightly rough-hewn/unfinished feel. I'd love to hear a full-band or even orchestrated version.
Top

Hawksmoor wrote:I don't suppose there's any chance that 'In Another Room' might be a fully-produced studio version rather than the out-take we already have? Great though it is, it has a slightly rough-hewn/unfinished feel. I'd love to hear a full-band or even orchestrated version.

We can only hope for a few surprises like that.
Since you put me down, it seems i've been very gloomy. You may laugh but pretty girls look right through me.
Top
Post Reply
109 posts