EC is #18 on The 20 Best Sesame Street Musical Guests.
Top

Steven Mandel wrote:We lean on the shoulders of giants. @ElvisCostello 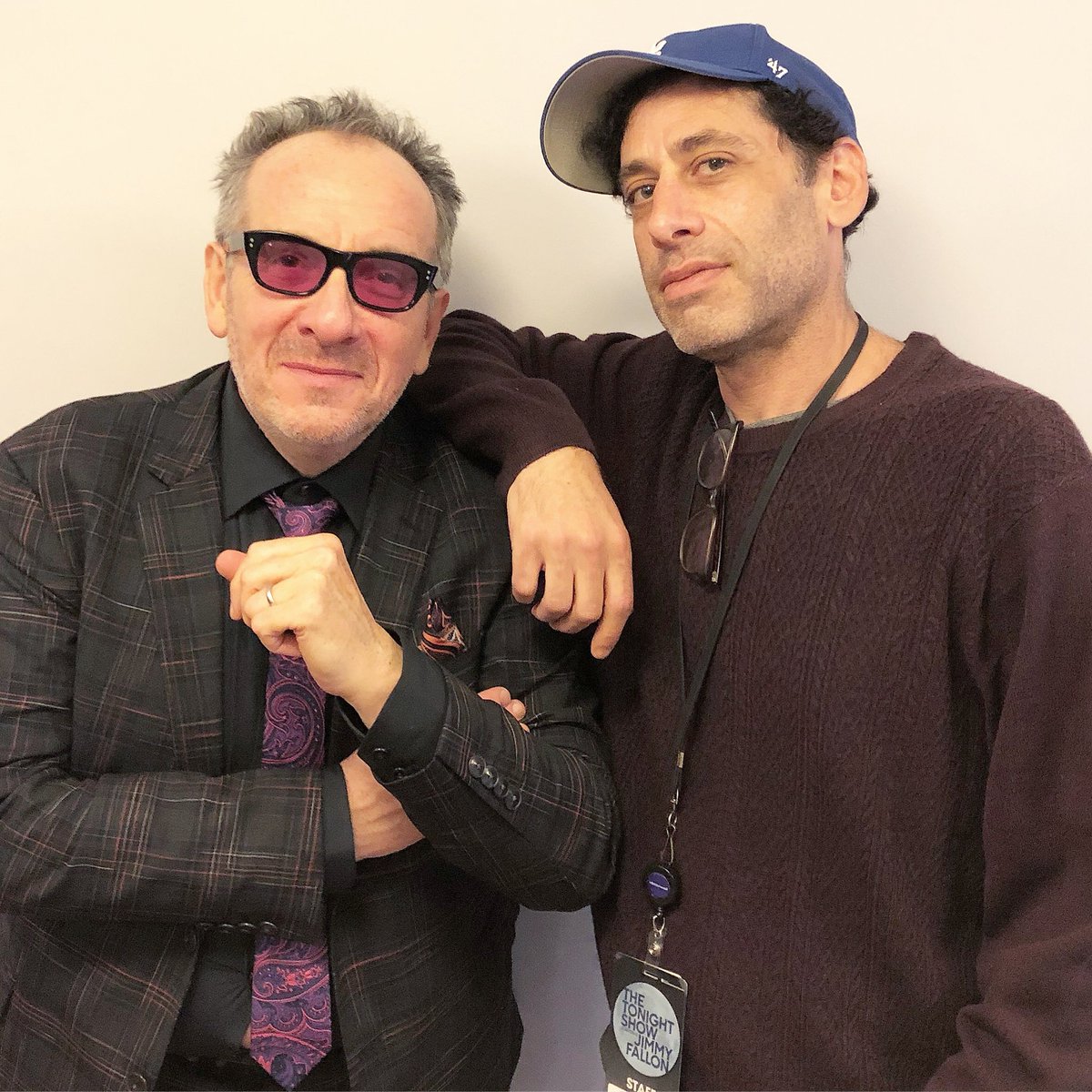 Watching 'come dine with me' last night one of the woman has a copy of Get Happy on the wall of her home.
Top

Photographs by the late Jeff Rusnak (died 2006) are now on display, including this of Elvis from 1981.

'How a New Jersey record store clerk's 150,000 photos ended up in the Rock and Roll Hall of Fame alongside the titans he captured.'

Sheva on Facebook commented - This was taken at the Tower Theater during one of the two English Mugs shows - January 29 and 30 1981.

Also, I went to Elton's farewell show at MSG last Fri, and was wondering whether EC & DK might have been there (Elton talked at length about what a thrill it was to have Aretha record Border Song... and then he went and dedicated it to Diana) - looks from her IG like that's a yes!
Top

Recording console constructed by Elvis and Chris Difford for sale!

Elvis Costello wrote:This is what a footballer looks like.
Tranmere Rovers striker, George Yardley who left us this week.
A great player, pal of my father and generous correspondent to a young football fan, who would always sign his letters, “Yours through sport”. My condolences to his family. Declan 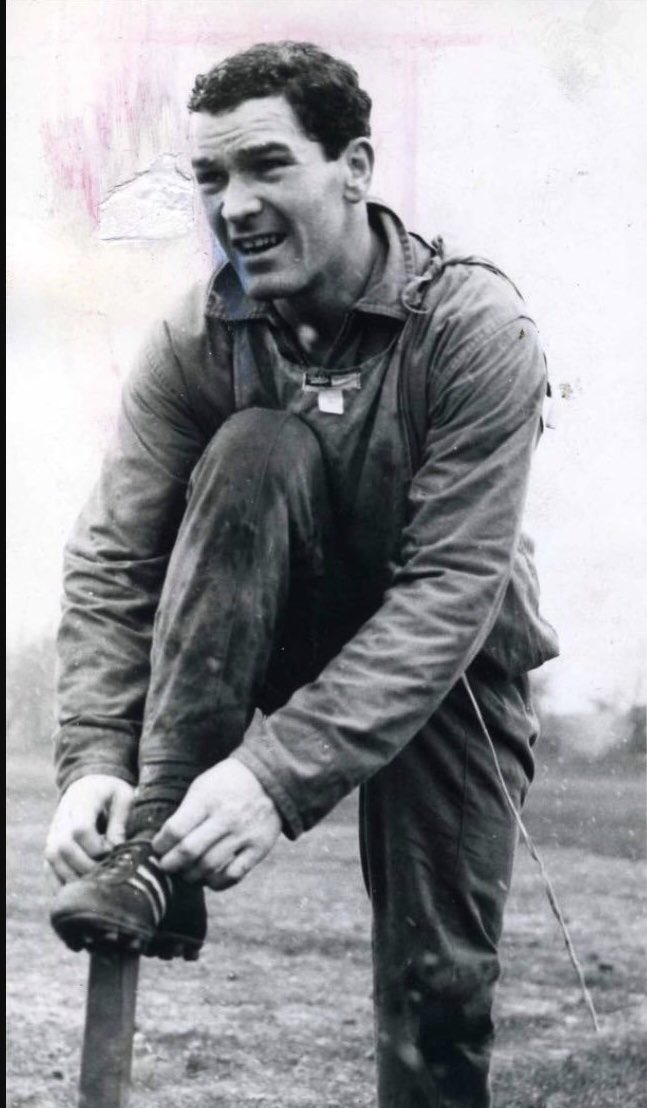 I saw Elvis, and Diana, in Liverpool at this evening's Paul McCartney concert. Looked liked they were having a good time.
Top

JONPD wrote:I saw Elvis, and Diana, in Liverpool at this evening's Paul McCartney concert. Looked liked they were having a good time.

Gig review: All you need is Loverpool at Paul McCartney home gig

PAUL McCARTNEY’S homecoming Christmas show sold out in minutes, so it was no surprise to find the audience humming with anticipation for this local boy.

When he arrived, the band launched straight into A Hard Day’s Night and so began a mammoth three-hour journey through his career. His five-piece band were heavy and loud with buzzing guitars that resembled 1980s hard rock to begin with. A powerful brass section appeared and elevated the band to new levels.

The tone and texture shifted further as McCartney began to play piano and the show gained new momentum. There were songs from his latest album, Egypt Station, but McCartney constantly (and wisely) dipped back into the hits.

The second half was stuffed with them: a tender, stripped-back Eleanor Rigby, a punchy Love Me Do, a solo acoustic Blackbird, Wings’ Band On The Run and a gorgeous tribute to George Harrison via Something.

At 76, his voice is still in great shape and he was able to shriek frenziedly and capture more intimate moments.

The stage set was simple until Live And Let Die, which exploded to life with flames and fireworks. Elvis Costello sang along with everyone on Hey Jude, while a rousing Helter Skelter was in the encore. McCartney left to rapturous applause. When he returned to declare Liverpool ‘the greatest city in the world’, the noise hit record levels. The local boy is always welcome home here.
Since you put me down, it seems i've been very gloomy. You may laugh but pretty girls look right through me.
Top

Peter on Facebook takes the words out of my mouth -

The new feelm “Bumblebee,” set in 1987, features a plucky heroine who sports a vintage PTC shirt throughout a major scene. It generally appropriates 80s music a la “Guardians of the Galaxy” and the 70s. All good holiday blockbuster fun...

A writer who regularly covered Elvis , along with definitive books on Creation Records and John Peel.

'She' on red vinyl

a friend of mine told me the other day the lead singer of Costello sound-alikes The Jags is now living as a woman.
Top

a friend of mine told me the other day the lead singer of Costello sound-alikes The Jags is now living as a woman.

In Q magazine's May 2019 edition, The Specials' cash for questions contains a question from Andrea Jenkins:

What was it like working with Elvis Costello on your debut album?

Lynval Golding: Wonderful. I really love Elvis. I'm still pretty close with him and we talk all the time. But it's difficult to remember much about what happened on the first album because we drunk so much back then, but it was fun. Wherever we were, in the studio or the pub, we just drank all the time.

Horace Panter: He was a fan and he really liked the band. And he really wanted us to make this great record so he didn't come across as a producer like "This sound needs to be changed", he was more "The red light's on. Go!". So we just recorded our live stuff and he was just there to make it sound as best as it could.

Terry Hall: We also trusted him because he'd made a good record and we hadn't really made one, so it was like trusting another musician rather than a name producer who can destroy a lot on your first album.
It’s such a shame you had to break the heart you could have counted on
Top

VG I think Elvis was also the first person to play The Specials on the radio. I remember him playing gangsters on roundtable saying 'here a record I just bought today'
Top

EC attended the Broadway musical Ain't Too Proud: The Life and Times of The Temptations on Saturday, according to the guy who sat next to him. 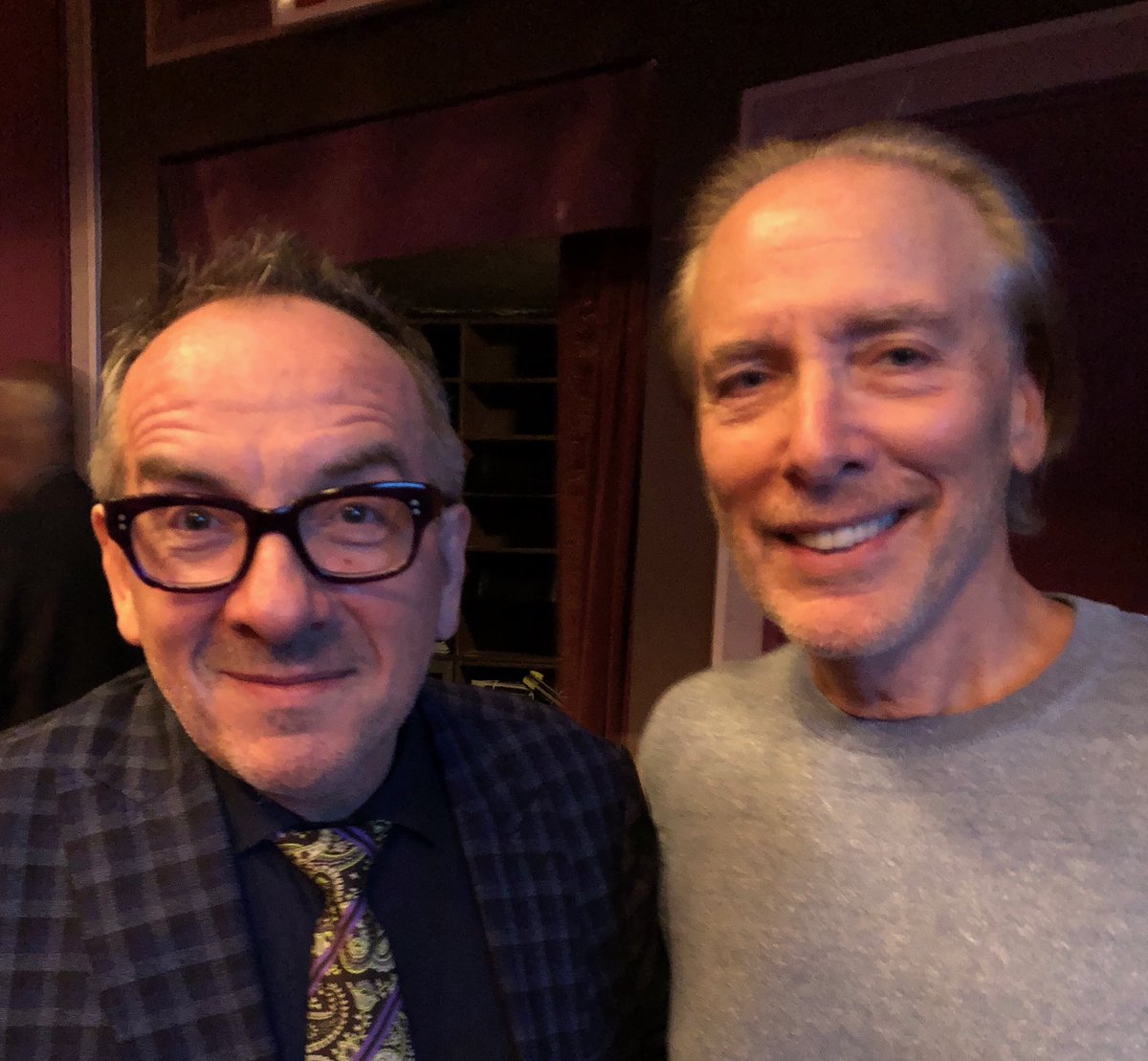 Elvis is starting to look like my dad. (Well, not now because my father is dead.)
It is better to keep your mouth closed and let people think that you are a fool than to open it and remove all doubt
- M. Twain
Top

David Hepworth's new book Fabulous Creation about the rise and fall of the Long Player, opens the chapter on 1979 with the intro to accidents will happen. He talks a bit about Armed Forces. Elvis does get a couple of mentions previously in the book too.
Top

Nice freeze frame of Bruce in the TYM experience picture !! - back in the day when they all got on famously !
And Elvis is over here !! How about a couple of unannounced surprise gigs Elvis, I promise I'll drag VG along with me !!

#81Renshaw. “Ball Of Confusion” follows The Byrds version of “This Wheel’s On Fire”

This Is Liverpool: “THE TEMPTATIONS”

That's the best picture of Elvis since the cover of Trust - I love it !
Top
Post Reply
1547 posts

Users browsing this forum: No registered users and 33 guests