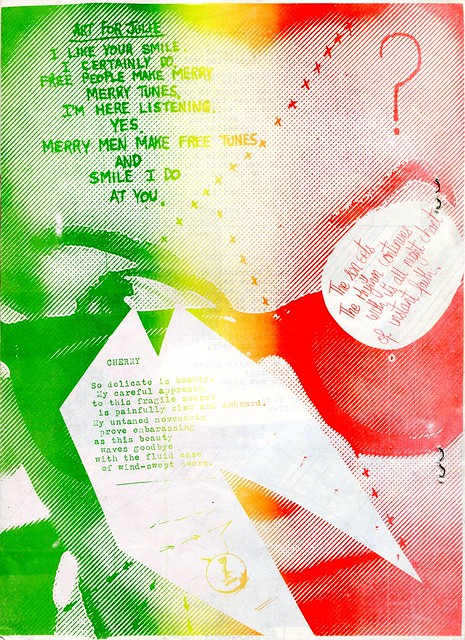 Davey Faragher is in Richard Thompson's touring band. Martin Foyle was lucky enough to see them in Dublin this evening. Michael Jerome on drums makes up the electric trio.

WHEN the first single from a band called JFK and the Cuban Crisis was played on FM radio in Sydney about six years back, a fair few listeners thought it was a new song by Elvis Costello. Lead singer John Kennedy — whose band became John Kennedy's Love Gone Wrong and then just plain Love Gone Wrong — thought it was quite nice to be compared with the man he called "the Charles Dickens of the pop song".

I went to see Squeeze tonight, supported by John Cooper Clarke, and it was a brilliant show all round.

Towards the end of the set Chris Difford announced that he didn't remember much about the recording of the Sweets From Strangers album but did remember a few guests came into the studio during the recording, and one of those guests are here tonight...

No, it wasn't Elvis sadly, but was Paul Young. He did say that when he recorded the backing vocals for Black Coffee In Bed he was singing beside Elvis Costello and he just kept think how lucky he was to be there!
My head is spinning and my legs are weak
Top

Cool. I'm going with Goon Squad to see them both on 17th October.

It'd be great if Paul Young is also there and even better if Elvis was. However, sadly I doubt Elvis will drop his Boston, MA book tour date to come to Greenwich, London!
It’s such a shame you had to break the heart you could have counted on
Top


Finished the Elvis Costello piece had a ton of fun on it and used my companion2 for about half of it. Getting pretty used to it now just need to dial in the color settings a bit more so it matches my table top cintiq 24. Its a bit frustrating when switching back and forth to get used to the differences. Follow my art page on Instagram if you want to see progress shots sketches or just more art than I post here,

Can´t resist posting this.... it has nothing to do with anything, or has it????

"MACKAY Bowling Club junior Elvis Costello is on his way to the Gold Coast next year after he was selected in a North Queensland side to play in the Queensland State Junior Championships in April. ......."
Top

krm wrote:Can´t resist posting this.... it has nothing to do with anything, or has it????

"MACKAY Bowling Club junior Elvis Costello is on his way to the Gold Coast next year after he was selected in a North Queensland side to play in the Queensland State Junior Championships in April. ......."

This part is also intriguing:

No doubt his aim is true.

Missed a chance to hang out with @elviscostello at @ElectricLady proving once again I can oversleep for ANYTHING. @mariacscali

And No Coffee Table wrote:Tweet from Wise Up Ghost co-producer Steven Mandel:

Missed a chance to hang out with @elviscostello at @ElectricLady proving once again I can oversleep for ANYTHING. @mariacscali

Filming some book promo thing? The mariascali he's tweeting at lists herself as a makeup artist.
Top

Did we ever see a translation of this article anywhere?
Top

Verlaine's sound actually developed somewhat by accident. "When I was in high school in Delaware I had a different sound", Tom explains. "I was using an old tape deck - you take the pre-amp out of it, which gives you the same sound I later heard when I first saw Clapton play live. He had a little thing on top of his amp, which I bet was a tape recorder with the pre-amp taken out. A lot of people did that in those days - Jeff Beck, Jimmy Page. It gives your guitar a lot of volume before it hits the amp itself. Then the amp distorts it and gives it an edge. When I got to New York my sound changes because I didn't have any of that equipment. The new equipment I bought in New York was a Fender Jazzmaster, which in those days was $95 because nobody wanted 'em. Now they're up to $400, probably because Elvis Costello had his picture taken with 'em so many times."

Probably been posted on this forum before but always worth another look. R White Lemonade ad with Elvis on bass and Ross on keyboards....

Flicking around the radio last night I heard She on Smooth. Not sure I have ever heard Elvis on either Smooth, Heart or Magic. Then again I tend not to listen to those stations that often. The DJ said afterwards 'beautiful song Wonderful singer Elvis Costello'
Top Lust, frustration and secrets were hallmarks of his new music, and they resonated. O'Brien's ability to create songs that universally connect has won him praise from seasoned musical polyglots such as Elvis Costello.

"When I think of Conor, I think of a confidential is the wrong word I would say confiding voice," Costello says. "Yet, when he opens his voice, it's a voice that you listen to singing immediately clear and now, singing all the more intimately, truthfully."
Top

I daresay this protest video got permission for this.

Davey Faragher with his brothers in 1976. I was lucky enough to get a copy of this in London last weekend. Davey's sister , Anita , tells me, via f/book, they were 'stoned' when these photos were taken - I'd never have guessed....


A group of Elvis Costello handwritten and hand-drawn concepts for advertising his 1996 album All This Useless Beauty . The drawings and lyric text are written in black ink across three pages of Wyndham Bel Age Hotel stationery; two pages have writing on the front and back. Costello wanted to be involved in the marketing of his album, so he brought these pages to a meeting with his label. Specifically, the designs were for ads that would appear on the back of Billboard magazine. His ad designs included an image of the album, a photograph of Costello, and lyrics from his songs. The ad ran on the back cover of the May 4, 1996 issue of Billboard magazine. A link to an online image of the ad is availble upon request. The pages were obtained from a former employee at Warner Bros. Records.
Top
Post Reply
1547 posts

Users browsing this forum: No registered users and 38 guests