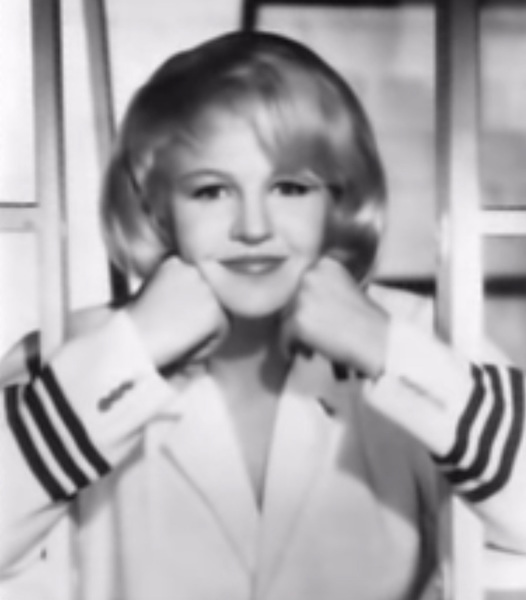 TODAY WOULD HAVE MARKED THE 100TH BIRTHDAY OF MISS PEGGY LEE.

The 1953 ten-inch album "Black Coffee" was one of the very first records I heard as a small child. In fact, both "Black Coffee" and Frank Sinatra's "Songs For Swingin’ Lovers" contained Cole Porter's "I've Got You Under My Skin", so if I happen to hear either of those renditions, I am immediately eye-to-eye with the glowing red light ofour Decca Deccalian record player, waiting for the next song to play. I didn't know what coffee tasted like then but it certainly sounded good.

Like most children of those times, I adored Peggy Lee's rendition of the "Siamese Cat Song" from Disney's "Lady And The Tramp" but I was somewhat mortified when this was the very first thing my Dad told Miss Lee, when we were introduced to her after a terrific club set, during a trip to New York that my father and I had taken in the mid-1980s.

Needless to say, I was eager to impress upon her that I'd loved her singing all the more when I grew to be a man, whether it was her version of "Get Out Of Town" from "Beauty and The Beat" - an album with George Shearing - or her cool/hot version of "Don't Smoke In Bed".

Then a flashbulb was fired off and I lost my words. The photograph of the three of us sat proudly on my Dad's piano to the end of his life. I wish I had it to show you now.

You probably know that the song, "Fever" was originally a R&B smash by Little Willie John but it was Peggy Lee who carried it into the hit parade. Give either of those versions a spin and then add the version by Elvis Presley and you can pretty much forget about all the other renditions that have followed over the years. They are less like a "Fever" than a slight head cold.

I think you'd be better to spend your time with all the great ailment songs that Little Willie John cut after his first feverish outbreak, songs like, "My Nerves", "Spasms" and "I'm Shakin’”

Those were more innocent times.

As great as she was as an interpreter of song, Peggy Lee was also a fine songwriter in her own right, composing "I Love Being Here With You", a tune with which my wife, Diana, often used to open her shows. Miss Lee was also a great, if under-used actor, receiving an Academy Award Nomination for her emotionally tough performance in "Pete Kelly's Blues".

The hurt in her voice in blue ballads sometimes sat at odds with the glamorous pictorial presentation of period album covers with titles such as, "I Like Men!".

I think that exclamation mark says it all.

Like a lot of singers who came out of the big-band era, Peggy Lee sometimes had to make magic out of some pretty trivial songs. The 50s and 60s also saw a fashion for themed vocal records, so there was "Latin Ala Lee", which included "Till There Was You" and "I Enjoy Being a Girl” and the album "Cross Country Blues", arranged and produced by Quincy Jones, with the superb, "Fisherman's Wharf" and an extraordinary version of "Basin Street Blues".

Peggy Lee was a singer of subtle, nuanced readings of mood and lyric, not given to the scale-running excess of self-conscious jazz singing, even when accompanied by the finest jazz musicians.

Peggy Lee was always utterly herself at the microphone and therefore much less ill-at-ease when singing newer song styles that came along. You won't hear any of those ill-fitting paisley shirt songs in her catalogue.

One of Peggy Lee's most beloved records is her deadpan reading of Leiber and Stoller's fatalistic, "Is That All There Is?" and the album of that name also contains a beautiful rendition of Randy Newman's "Love Story", who also contributed the orchestral arrangements

In 1974, Paul McCartney wrote, arranged and produced, “Let’s Love” for an album of the same name but the song with which I am going to close this salute is Peggy Lee's cool reading of the Ray Davies song, "I Go To Sleep".

You probably know the tune from the hit recording by The Pretenders. I loved the song so much I tried to echo the melody in my song "Kid About It". That's the way it goes with songs; one thing leads to another.

I hope we don't have to wait another hundred years for a singer of such intimacy and beauty of tone to emerge. Thank heaven we have the voice of Miss Peggy Lee, forever.

I Go To Sleep: https://youtu.be/mRDprtC2bE0
Since you put me down, it seems i've been very gloomy. You may laugh but pretty girls look right through me.
Top
Post Reply
1 post • Page 1 of 1