Legendary music and A&R man Dave Robinson will settle in to Liberty Hall Theatre on Saturday, 29th February for an evening of music and anecdotes.

Robinson started out as a teenage photographer in Dublin, photographing the likes of The Rolling Stones and The Beatles. He eventually befriended Van Morrison, and even managed him for a bit. He partied with The Grateful Dead, Janis Joplin, The Who and shared a flat with Jimi Hendrix once.

After starting Stiff Records (whose signees include Elvis Costello), Robinson was installed as the president of Island Records, and personally compiled Bob Marley's LEGEND album, which sold a whopping 44 million copies. Marley would have been 75 years old this Thursday. 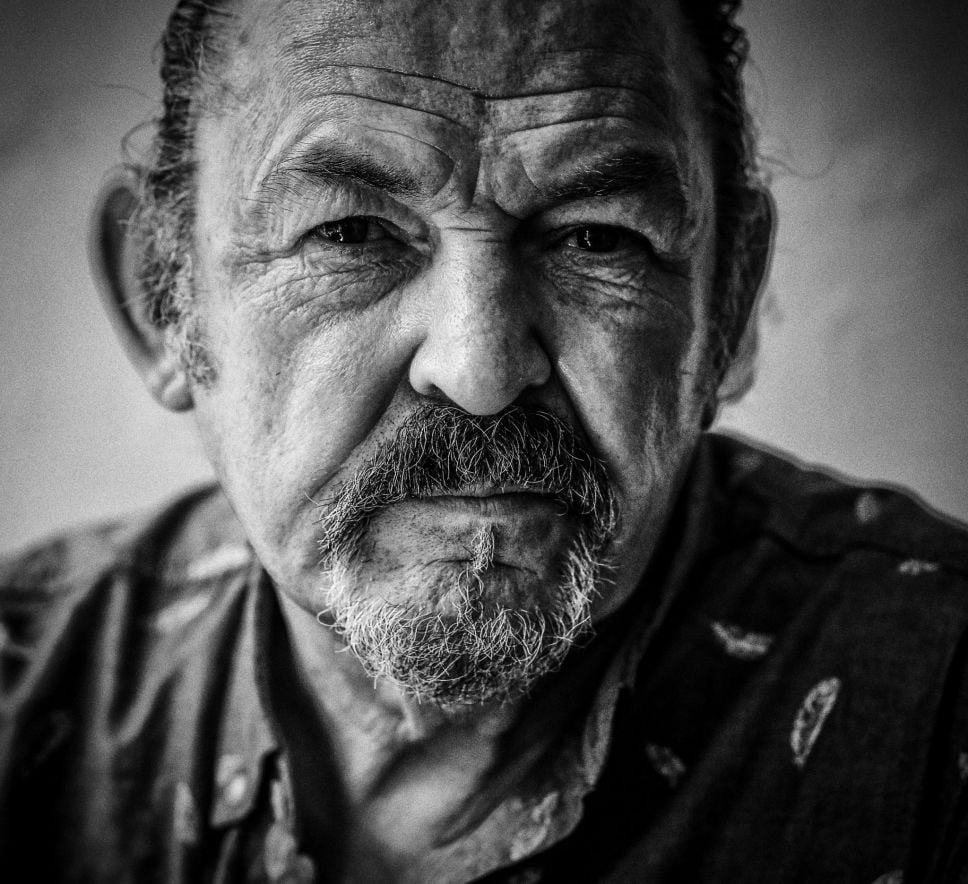 Last edited by sweetest punch on Thu Feb 13, 2020 12:37 pm, edited 1 time in total.
Since you put me down, it seems i've been very gloomy. You may laugh but pretty girls look right through me.
Top

Are you going, John ?

I've already booked for films that evening in the Dublin Film Festival. I saw and enjoyed Dave do this routine in the Vinyl festival here in Kilmainham, Dublin in 2018.

By the way the venue in Kilmainham was in the old Royal Hospital. The same hospital that Elvis's grandfather recovered in after being injured in the Great War (aka WW1) , in 1917, going on to inspire Any King's Shilling.

It's Elvis's world...we just live in it.

Stiff was an attitude against the major record companies’

IT WAS the lable which released the first punk single. It released the debut album by Elvis Costello, and Madness, Graham Parker, and Ian Dury & The Blockheads were all signed to it.

The label was Stiff Records, and the history of punk, post-punk, and the entire alternative music scene of the late 1970s is impossible to understand without it, and it was all down to an Irishman - Dave Robinson.

“Two years ago I was asked to speak about Stiff Records at an event in a book club,” Dave tells me during our Thursday afternoon conversation. Despite living most of his life in England, his voice still retains a distinctly Irish tone. “It went well, but I thought, I could do it better, and in a more significant manner with images and video. We’ve since done the show around the UK. The audiences have interesting questions to ask, and are as interested in the ethos of the label, not just the music Stiff released.”

Dave has had a remarkable life in music. Born in Drumcondra, Dublin, he began his career as a photographer, snapping the showbands for Ireland’s music magazine, Spotlight. He later became involved in Ireland’s first beat club, opened by Tony Boland. It was there he got to know Van Morrison.

“I knew him briefly from before, but at this point - and I know the grammer sounds wrong - Them had just broken up. Van had gone back to Belfast, which is not a place you want to go to if you haven’t had success, so he came to Dublin, to the club, and stayed with me for eight months, during which time he was getting interest from the States.

“Van wasn’t a great flatmate, and it did affect my social life for a while, he wasn’t a great conversationalist, when women tried to talk to him he was very shy, but he was such a talented guy. When he got up on stage and played the harmonica with a band, you could almost believe in God!”

With Bert Berns and BANG Records in the US interested in signing Van as a solo artist, Van asked Dave to go with him to New York. “At the same time Van didn’t like passengers,” Dave recalls, “and I didn’t really know anything about management.”

Dave moved back to London, and not long after, an Irish band - The People, later to become Eire Apparent, featuring future Paul McCartney guitarist Henry McCullough - turned up at his flat. “They were living in their van, so they stayed with me – which eventually got me thrown out of my flat,” says Dave, “but I got them a few gigs, and it was from that I was introduced to Mike Jeffries, Jimi Hendrix’s manager, so I ended up being Jimi’s road manager in the States, despite having no experience at all!”

It was watching how Hendrix was treated by the record companies, and the fact that artists were regarded as little more than a commodity, a product, one to be exploited, that permanently put Dave off major record labels, and planted the idea of a record company that would do things differently.

“The record company in America was not on Jimi’s side,” he says. “I had thought they would have been, and would look after the artist, but the tour was all over the place, there was no security, and there was a lot of people with drugs, you’d see them with their bags of the stuff. You couldn’t keep them away. I went back to England with the thought, ‘I’ll do this properly. We’ll look after artists. I’ll know what to do.’”

Bringing punk to the people

Along with Jake Riviera, who was involved with bands from the British pub rock scene, Dave - who himself was managing pub rockers Brinsley Schwarz - founded Stiff Records, with Nick Lowe’s ‘So It Goes’ its first release in August 1976. However it was the release that October of The Damned’s ‘New Rose’ - the first British punk single - which really announced the arrival of Stiff Records as a significant player in the punk and post-punk movement.

“What was key for me was that The Damned had a garage rock sound and that their guitarist Brian James was a natural songwriter,” says Dave. “It struck me that the way forward was to release a record. No punk band had a record out, the majors didn’t want to deal with them, so we put out The Damned’s single - it gives the punk crowd something to buy, and that in turn creates the punk market, and it also made people ask, ‘What’s happening here?’ The majors, who had previously been freaked out by punk, then eventually accepted it.”

It remains a source of pride to Dave that a Stiff act, and not the Sex Pistols, released the first punk single. “Malcolm McLaren made the most out of punk,” he says. “He had an attitude that was commercial. He was a manipulator and a marketing man. He wanted to keep The Damned away from the Pistols, because at those early gigs, the Pistols were terrible. They were still discovering themselves, but you could see John Lydon was really something.”

For the remainder of the seventies and into the early eighties, Stiff released some of the finest British music of that era - Elvis Costello’s My Aim Is True (1977 ), Ian Dury’s New Boots and Panties!! (1977 ); such unforgettable Madness hit singles as ‘My Girl’, ‘Baggy Trousers’, ‘It Must Be Love’, and ‘House Of Fun’; as well as Jona Lewie’s enduring Christmas/anti-war song ‘Stop The Cavalry’.

“Stiff was an attitude against - by its means and practices - the major record companies,” says Dave. “We had a slogan, ‘Undertakers to the Industry’, we had loads of slogans. We believed slogans were important to attracting attention to unknown artists, the only slogan the majors had was ‘Out now!’

“We became a thorn in the majors side, and we relished our independent status, and a lot of other independents started on the back of that, like Rough Trade and Beggars Banquet, and we would give advice and info. A lot of people thought, ‘If that Irish guy can do it, so can I!’

In the years since, Dave worked with Island Records, and put together the 1984 Bob Marley compilation, Legend, which has, to date, sold more than 30 million copies and has spent 609 nonconsecutive weeks on the Billboard 200 album chart - the second longest run in history. Today he manages rising British band Hardwicke Circus.

“They’re starting to make a name for themselves, and they’ll be playing at SXSW,” he says. “I’m not a spring chicken, but I like artist development and advising young bands. It’s my good fortune to do that.”

—————————————-
Dave Robinson is coming to Galway to give a public talk about the history of this iconic and influential independent record label, in the Róisín Dubh on Thursday February 27 at 8pm. 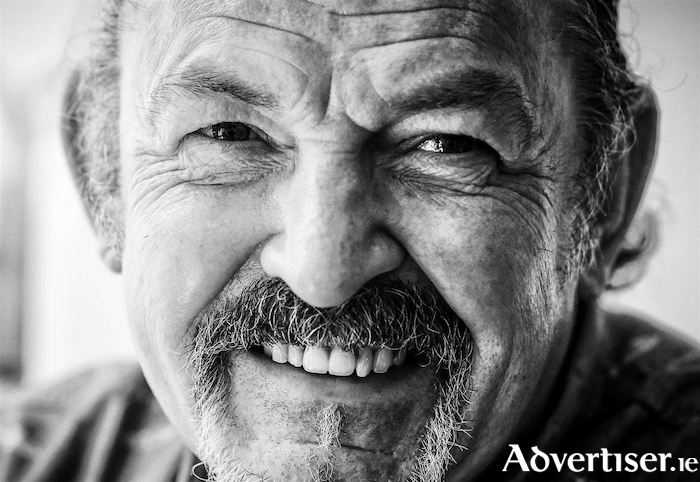 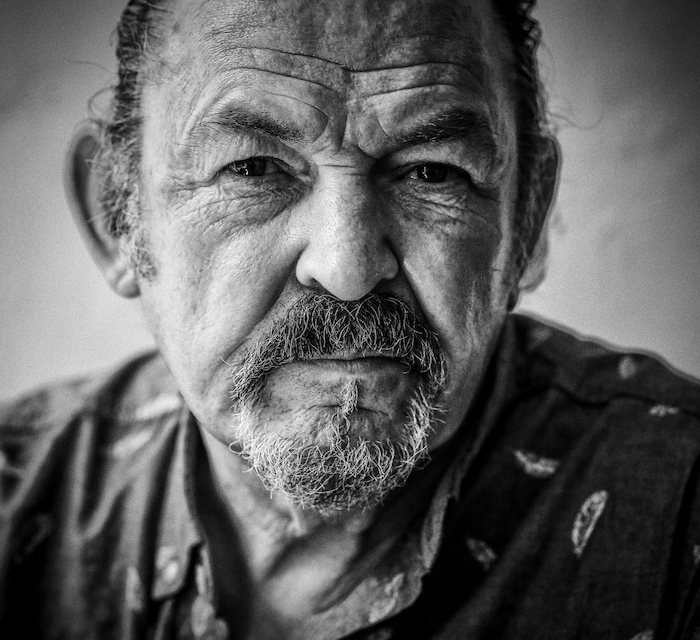 Since you put me down, it seems i've been very gloomy. You may laugh but pretty girls look right through me.
Top
Post Reply
4 posts • Page 1 of 1