This doesn't appear to be on the UK list!
Top

These are the same songs that were listed on some UK websites as appearing on a vinyl edition of Look Now last year. My guess is they are also the four mystery songs on the deluxe edition of the Look Now 45s box set.
Top

From the 7” box set thread

verbal gymnastics wrote:The new tracks will probably show up somewhere anyway - Record Store Day or a limited vinyl 10" on Lupe-O-Tone or a download EP or a 7" vinyl single/double single or something. There'll be other ways you can legitimately get these. Elvis will realise that demand will outstrip supply. And, of course, completists will want a separate release to the box set.

verbal gymnastics wrote:
I thank you...

Goes to show that Big Hearted Arthur is alive and well after all (https://en.wikipedia.org/wiki/Arthur_Askey )

I think Big Hearted Arthur died around the same time as Marty Feldman and the number one at the time was said to be .....

I thank you once again !
Top

JONPD wrote:This doesn't appear to be on the UK list!

Yep, looks like a US only release (again).
Top

This is a great IDEA, and I miss record stores dearly, but almost no-one has access to an independent record store any more, me included. I don't really understand how this 'supports' indie stores. Can someone help me here? 3000 copies. Do the proceeds go to indie stores? or just draw people to them so they get to know that they exist? I don't quite get it --i support it in theory at least -- even though the sentiment --the loss, actually -- is something i still dream about. But I have no where to go and and certainly wish I did. If I did, I'd be going there anyway. Sigh.
Top

I never understood this impulse for music artists to release music that is extremely hard to get. I understand the desire to keep record stores alive; but I'm sure with only 3000 made, it will be impossible for me to get this release.

Is Elvis so unhappy with the songs that he only wants a lucky (and rich) 3000 Americans to hear them?
Top

as someone from Canada . . . in the days before the internet, i would often find an e.c. import item that i had no idea existed because music mags. that might mention them would arrive here later than the import vinyl itself. so there is an old memory, here, of availability/unavailability and independent record stores, coming across something that is not widespread and all that. still, the record store day thing . . . must admit that this is the most i've even given a thought to long gone haunts. unfortunately, that makes R.S.D. more in support of my nostalgia than in anything i can actually do.

and yes, then, w. this e.p., there will be music i will miss and will perhaps then steal off the airwaves. give me a good alternative and i'll take it.
. . . just do without, i guess, after all these years?
Top

I remember the days of seeing the magical imports.

Strangely I love looking at vinyl in record shops and, like jardine, this is purely nostalgia but also seeing the beauty of vinyl albums and singles sleeves, as well as the art inside albums such as the lyric sheets. But I never have any intention of ever buying anything unless it’s something that I think would be of interest to someone else.
It’s such a shame you had to break the heart you could have counted on
Top

But I never have any intention of ever buying anything unless it’s something that I think would be of interest to someone else.

"Elvis Costello & The Imposters will release #Purse, an EP of four previously unreleased recordings for @recordstoreday on April 13th, 2019. Watch this space for a release date in your region. More details here: https://recordstoreday.com/SpecialRelease/10822 " 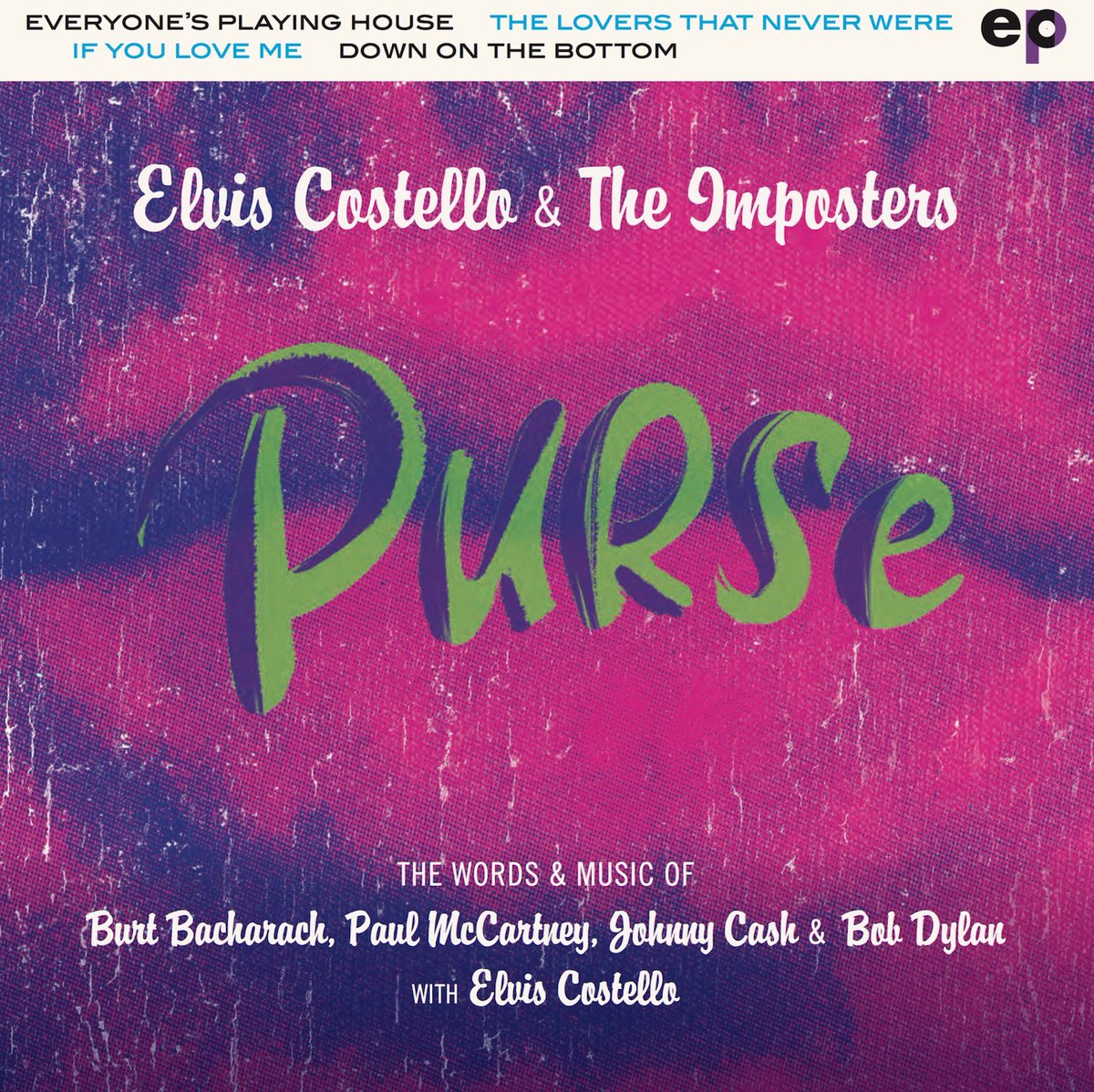 This sort of unboxing video shows the back cover of the EP and it suggests there may be more to come under the "Purse" rubric.....hard to tell...

hopefully it doesn't mean more stuff that is generally unavailable without illegally "finding" it.
Top

Surely, ANCT and favedave will recognize the artwork graphics regarding the "ep" title banner towards the right top side and four track titles written along the left side....it's the NEW AMSTERDAM font style exactly i think from 40 years ago!!! SADLY, i still never learned how to share a photo here....i trust my cohorts to do so for me please. Thank you, looking forward to this release greatly.

NEWS FLASH!!! LOOK WHO FIGURED OUT HOW TO ADD A PHOTO????

p.s. is it 'purse' as in pursed lips? Those are lips as backdrop of artwork, right?
Top

The New Amsterdam EP graphics look a lot better to me now than they once did.
Not bad at all.
Top

Are all those rectangles meant to represent tower blocks in The Big A ? If so it’s much more intelligent than I was in 1980 or indeed now

The Beatles eps had similar covers - white band at top with name of song(s) and the word mono, in lower case, top right
Top

yessss, it started looking VERY familiar on many levels. thanks UB! great for browsing as you flip to see all the song titles right up top!
Top

Anyone know of a NYC record store that'd be likely to carry this?

https://recordstoreday.com/Venues?state=NY
Since you put me down, it seems i've been very gloomy. You may laugh but pretty girls look right through me.
Top

More info: https://www.discogs.com/Elvis-Costello- ... e/13347810
Since you put me down, it seems i've been very gloomy. You may laugh but pretty girls look right through me.
Top

The 12” EP consists of four songs containing songwriting collaborations with Burt Bacharach and Paul McCartney and musical settings of lyrics by Johnny Cash and Bob Dylan.

Purse was produced by Sebastian Krys and Elvis Costello and recorded in Hollywood, CA. The final track of the E.P., “Down On The Bottom,” features the voices of Rebecca and Megan Lovell of Larkin Poe.

In other vinyl news, on April 19th Elvis Costello & The Imposters are releasing their highly acclaimed album Look Now as a special edition box set comprised of 8 separate 7” vinyl records. Inside you will find 2 tracks per record, on colored vinyl, 4 postcards, and a 16 page booklet of lyrics and artwork.

Users browsing this forum: No registered users and 78 guests