I wish it had exclusive tracks, but as a luxury art object commemorating an album I am thrilled with, I love it. It is fun, and also for those who don't want to shell out or cannot afford such an indulgence, it is non-essential. Just a shiny pretty thing.
Top

That reminds me of this post earlier in the thread

Sorry, Elvis, as such. It is a wonderfully put together thing.
Top

One other slightly unfortunate omission, given the nature of this box, is that the booklet doesn't contain Costello's detailed liner notes, which DO exist and have not been released publicly.

They are thick booklet-length, a la the best of his Rhino reissues (think the later ones, once he had really worked up a head of steam and was basically halfway to writing his memoirs) and so far have only been released to (as far as I know) journalists in advance of the LP's release last year.

My original hope was that they would be included with the deluxe CD (since a few reviews referenced things he had written in the liner notes) and it seemed like an obvious thing to include somewhere in this deluxe box set, just as his lengthy tour journal was one of the things included in the deluxe Spinning Songbook box set years ago.

Anyway: now that seemingly we have passed the final opportunity for EC to include those liner notes in a physical package (until the next superdeluxe edition of Look Now, perhaps many years from now), my hope would be that maybe he might consider popping those liner notes up on the official website for fans to peruse. Even though the music speaks for itself, Costello's writings about music (his own and others') always add something delightful to the experience.

I suppose it is always possible that they will leak out one way or the other, but I think it would be nice if fans could read them, especially since the core audience for them is made up of people who have probably bought this album more than once, happily.
Top

The official website has new photos of the deluxe edition: http://looknow.elviscostello.com/ 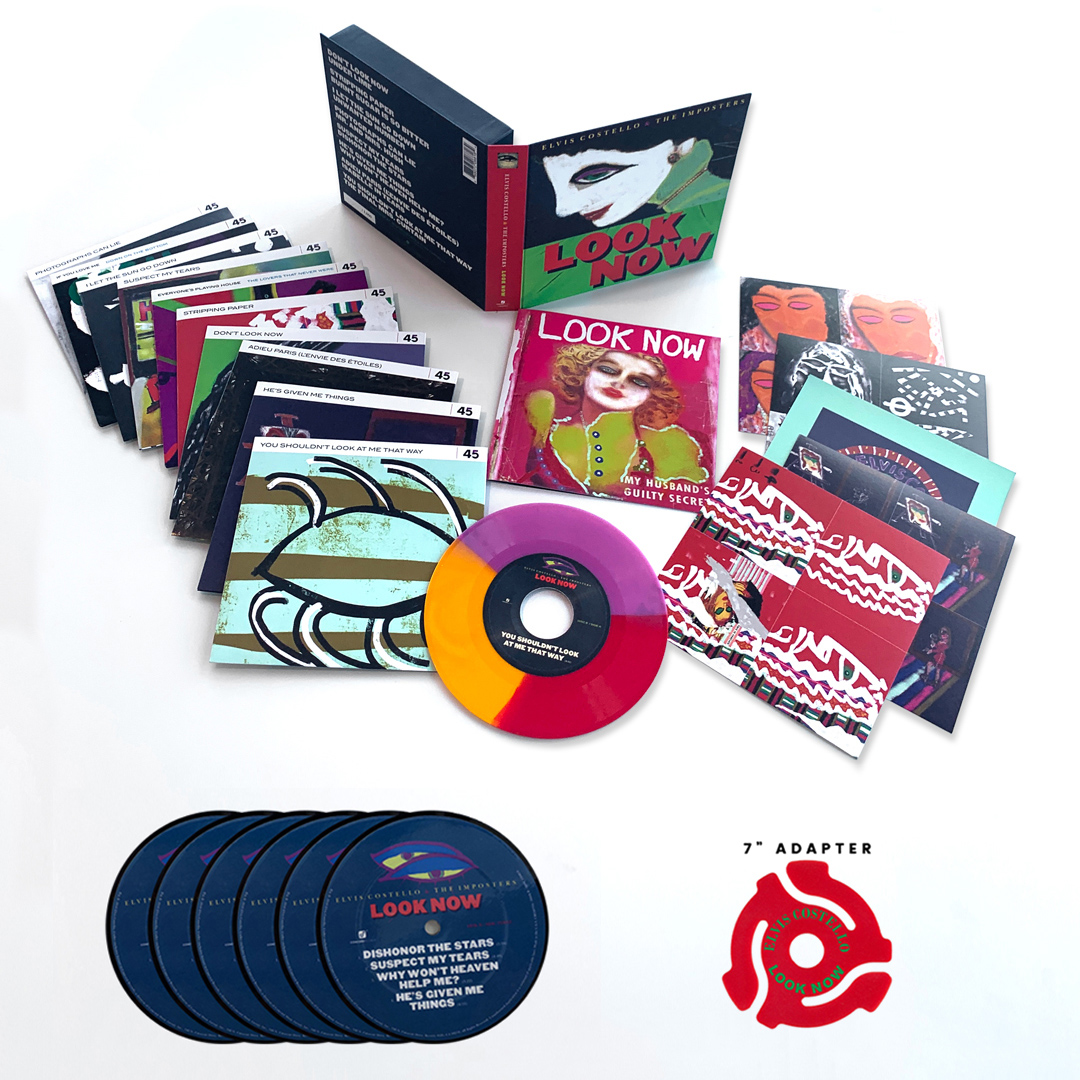 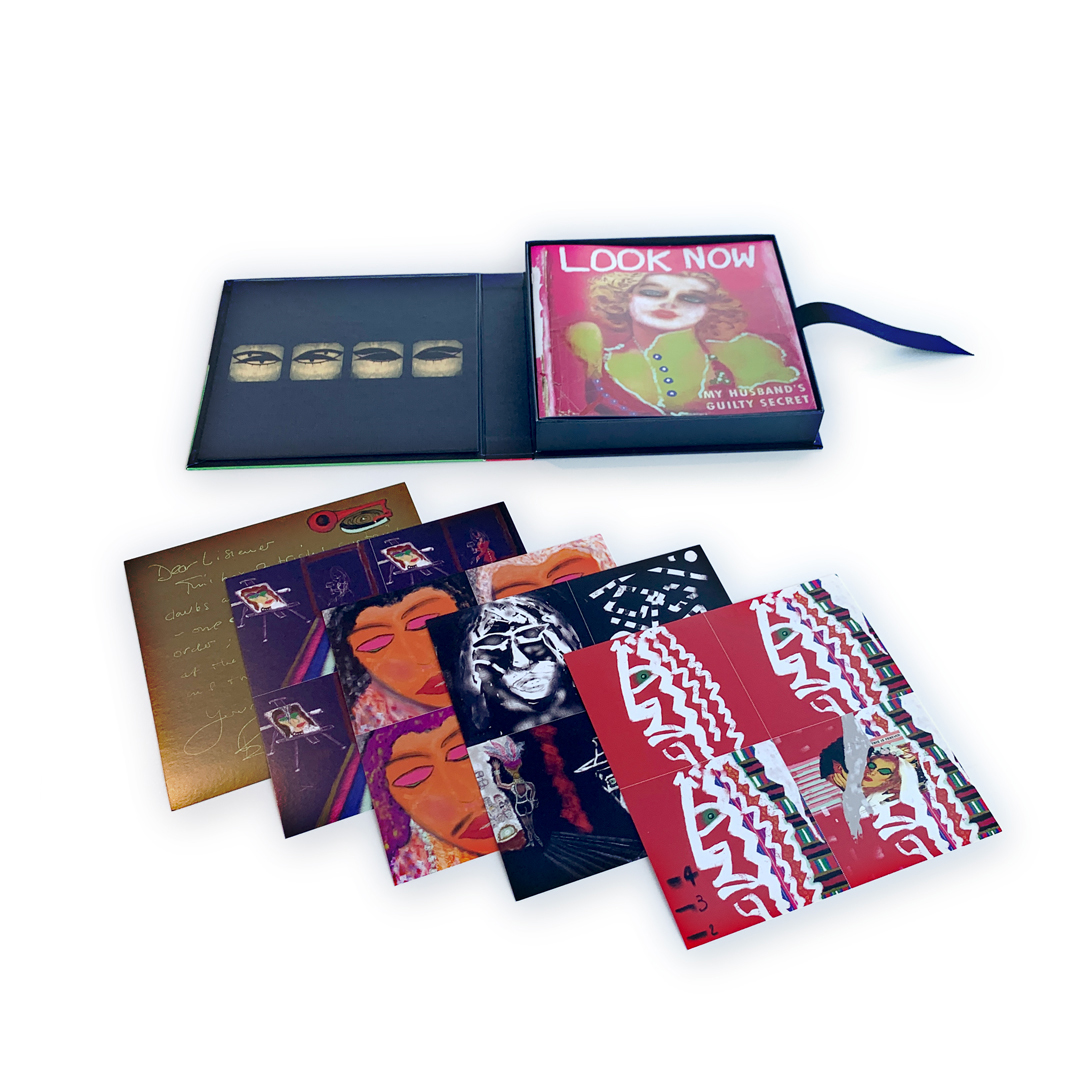 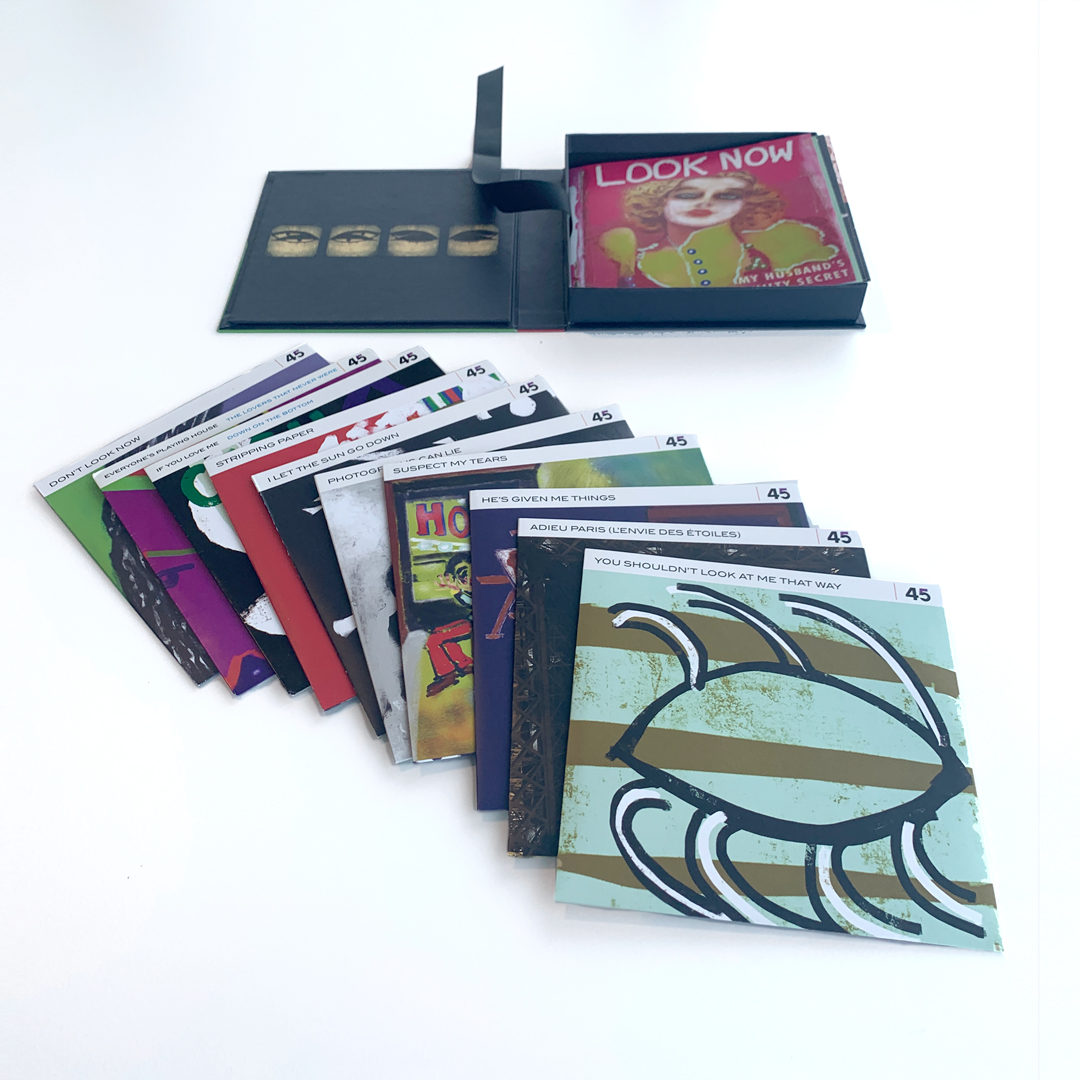 It looks really nice when it’s set out like that.
It’s such a shame you had to break the heart you could have counted on
Top

Where The Secrets Are Kept

The arrival of the “Purse” E.P. and the long-delayed delivery of the 45 RPM, 7” vinyl edition of “Look Now” concludes the release of material from these sessions.

For those of you who like to give gifts, there is also a Box-Set Edition of “Look Now” presented over eight 7” vinyl 45 RPM singles, each with its own picture sleeve and recalling a time in which music listeners were kept in fine fettle by getting out of their chair to turn the record over and perhaps stumbling upon an entirely different mood or narrative by playing a “B-" instead of an “A-Side” and find that this turns out to be your new favourite song.

Sadly, the Gods Of Manufacturing had different ideas and made the bewildering decision to punch a hole in each picture sleeve creating a most unfortunate and avoidable delay in these box-set editions reaching the purchaser for which I would apologize if I had been responsible for such an idiotic mistake.
I did my best to speed the process along, by asking the artist concerned if he might accept this accidental edit of his cover images and he responded that it would be just fine with him if the labels of the discs themselves were over-printed with the missing details of each illustration but this proved to be impossible.
Then there was the matter of the Special 10-disc “Complete Works” edition and it was at this point that Concord Records and I reached a fork in the road.

I could see no reason why we should not inform purchasers that the Disc Nine and Ten of the box-set contained the same songs to be found on the “Purse” E.P., after all some people simply like 7 inches, while others prefer 12 but my objection was overruled. This is certainly not the way we conduct business at Lupe-O-Tone.

To me, it seems a shame to have done this silly ducking and diving in hope of squeezing a pitiful rooker full of money out of what began with the intention of creating a beautiful object that one might give to the one you love. Oh well. Don’t ask me what I think of you, I might not give the answer that you want me to, as someone once said.

Yours through music and daubs. Elvis Costello and Eamon Singer
Since you put me down, it seems i've been very gloomy. You may laugh but pretty girls look right through me.
Top
Post Reply
108 posts