I don't get this ,on the opening morning at just gone 9 the website showed me Row M as the best ticket
Now it shows row B days later

What's going on with ticket sales these days
Top

This also happened on the last tour as I remember.

bronxapostle wrote:and VG...as the owner of POST ONE here, you MUST be the man to provide the tally please. you took my concept now follow through.

I'll do it when you go digital

Yup, just bought a ticket for seat B9 in the stalls. So if anyone wants a ticket in Row K going spare...

It seems that tickets are not sold in order of proximity to the stage. Clearly some better seats are held back.

I phoned the theatre yesterday ( Thur) morning and got row B.
I find it's always better to speak to a real human being !

Goon Squad wrote:I find it's always better to speak to a real human being !

It really is a lottery.

Man out of Time wrote:

Goon Squad wrote:I find it's always better to speak to a real human being !

It really is a lottery.

I've also went for a ticket closer to the stage. If I'm going to be travelling down from Edinburgh for the gig, I reckon I should at least get the best seat I can! Being 5 ft tall (short?) it also helps if I minimise the number of people in front of me to stand any chance of seeing anything!

Now, c'mon Elvis, it's my birthday in July, so a nice wee Scottish gig on the 2nd would suit me nicely

I'm going to this.
Top

Not on a Thursday, no.

You say no no no but you really mean yes yes yes!
It’s such a shame you had to break the heart you could have counted on
Top

A front row seat for this is for sale from a non-poster who can't go for work reasons. PM me & I'll relay details.
Top

Me.
It’s such a shame you had to break the heart you could have counted on
Top 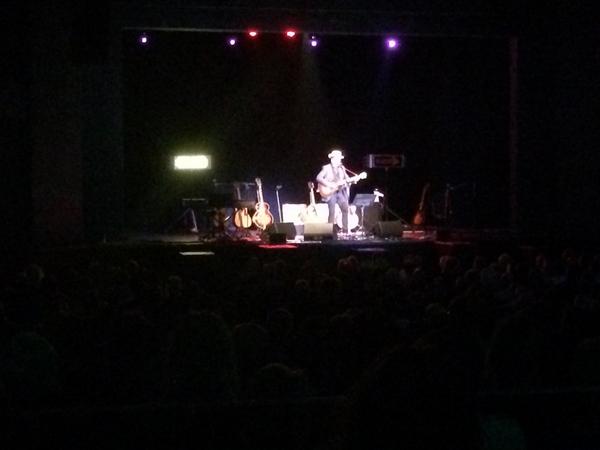 Man out of Time wrote:Setlist:

It was good to meet some from on here afterwards at 'the gates'. Some interesting tales were exchanged

Elvis was in good form and extremely chatty afterwards. It's a pity he couldn't stay longer. Roll on October

This may have been the point where John mentions his visit to the basement of St. Elizabeth's Catholic Church in Richmond.

It was a good venue (which Elvis said he hoped to come back to many many times) although the distance from the stage to the front seats was a bit far.

Elvis was pretty chatty onstage and we got some good stories. One new one was how he used to go to Bexhill on holiday with his dad.

It was a little bit odd as the audience was so polite which Elvis commented on. When Elvis sang Oliver's Army (to liven things up a bit in my view), I think he was taking a look around the front rows to see if there was anyone there he could encourage to get up. I think with one or two more familiar tracks the crowd would have been up dancing a bit earlier. When he sang PLU (the only time there was any dancing) he certainly saw me and Nicola76!

The stage setlist was very different - we were due the opening side of My Aim is True but we got Radio Soul to start (no bad thing) and Welcome to the Working Week.

- he said "For Rich" (Nichol, The Roots manager who passed away yesterday) when he sang Come the Meantimes. The song itself didn't get much of a response to the calls

- I hope you're happy now was a gorgeous "pick" version

- For The Last Year of My Youth Elvis said this was a song that he had written and kept on writing. I'm sure there are different lyrics to when it was premiered on Letterman. He played this acoustic

- Jimmie was sang standing and not seated as pointed out

- He is definitely using the monitor more which, as MOOT said outside, makes for less eye contact with the audience.

After the show there were about 25 people waiting. The great Paddy (who, when I asked him how he was, he replied "Skint but happy!") said Elvis couldn't stay long but Elvis chatted to us, signed everything, had numerous photos and even heard about John's heritage trail trip which he'll no doubt tell us about (John that is, not Elvis

). I only spoke to Elvis to thank him for introducing me to Larkin Poe 4 years ago and how great they were. Elvis agreed and said they had really got it with their new stuff.

So the mini tour is over and 3 new venues. Apart from the Kew show which was always going to be different, I don't think it was any coincidence that the longest show was in the most familiar venue.

Roll on October!
It’s such a shame you had to break the heart you could have counted on
Top

Thanks to Nicola for this -

I said something about looking forward to the Dublin show in October. Elvis asked me about the venue, the Grand Canal Bord Gais Theatre, saying ' it wasn't there when I was there'. I told him it's good if you're at the front but the largeness of the venue can make for good sounding but remote viewing. I also told him of visiting the basement in Richmond which got a big smile & he asked if it was full of cobwebs & a comment about some named ( can't remember) priest & nun not still being there. Then Paddy moved him to other people.

Sounds like a great gig. Was it full?
Top

It was pretty much full - I know of 3 empty seats, 2 of which were Sulky Lads.
It’s such a shame you had to break the heart you could have counted on
Top

I'd like to refute VG's implication that I have extended bandwidth and need 2 seats to fit into !
Top
Post Reply
59 posts

Users browsing this forum: No registered users and 41 guests